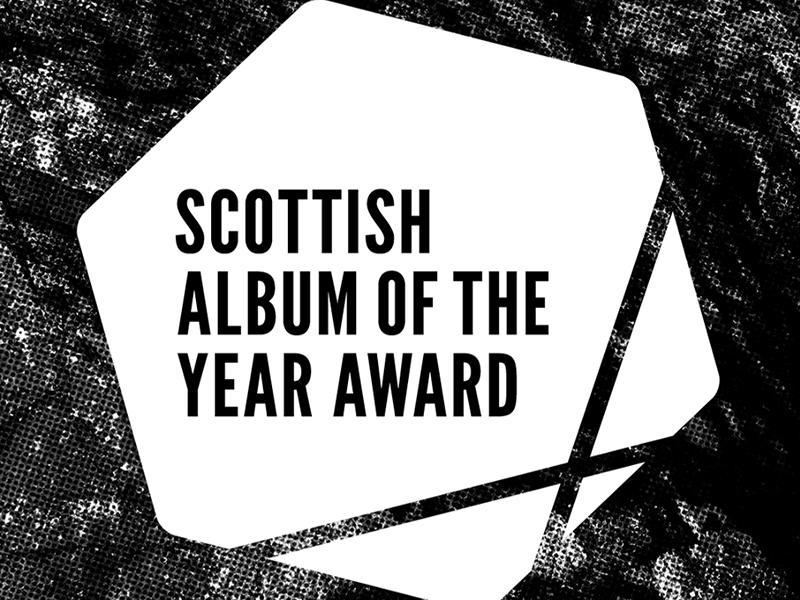 The Shortlist for this year’s Scottish Album of the Year (SAY) Award has been officially revealed ahead of next month’s final award ceremony at the Assembly Rooms.

The Shortlist for this year’s Scottish Album of the Year (SAY) Award has been officially revealed ahead of next month’s final award ceremony at the Assembly Rooms in Edinburgh on Friday 6th September.

The ten outstanding albums making up this year’s Shortlist offer an incredibly strong and diverse snapshot of Scotland’s flourishing music scene, spanning a wide range of contemporary genres and styles.

Firmly recognised as Scotland’s most prestigious and revered music prize, The SAY Award celebrates the most outstanding Scottish albums each year, regardless of sales, genre or label affiliation. The newly announced Shortlist recognises artistic achievement and endeavour across a wide range of genres, from an incredible selection of artists who contribute to Scotland’s internationally admired music scene and vibrant cultural identity. The SAY Award celebrates, promotes and rewards the incredible strength and diversity of Scottish music, and a remarkable 293 album submissions were narrowed down by 100 valued and impartial nominators who were all asked to vote for their favourite new releases, subsequently creating the Longlist. The newly announced Shortlist is comprised of ten albums; nine chosen by The SAY Award Judging Panel and one chosen by music fans via this year’s online public vote.

The live announcement was made on BBC Radio Scotland by Nicola Meighan and Vic Galloway this evening. Nine albums on the Shortlist were chosen by a highly respected panel of judges made up of eleven key influential and experienced tastemakers from across the creative industries. In what was an incredible milestone for the Scottish music industry, this year’s esteemed panel featured a 50:50 gender split and included input from The List’s Editor Arusa Qureshi, YouTube Music’s David Mogendorff, PRS Foundation’s Maxie Gedge, YWCA Scotland director Patrycja Kupiec and television and film director Michael Hines.

The final Shortlised album was chosen by music fans, who voted for their favourite Longlisted album across a 72 hour voting window which closed at midnight on Wednesday 14th August. As an incredible opportunity for the nation’s music fans to have their say on the most eagerly anticipated music prize of the year, an incredible number of public votes were cast this year and the winning album was announced as Mastersystem - Dance Music.

Speaking about the Shortlist, Robert Kilpatrick General Manager of the Scottish Music Industry Association said: “A huge congratulations to the ten albums making up The SAY Award Shortlist for 2019. This year’s Shortlist presents an incredibly exciting and eclectic snapshot of the strength of Scotland’s recorded output, and we’re delighted to celebrate, promote and reward the incredible works of Scottish artists as we approach this year’s ceremony at The Assembly Rooms in Edinburgh.

“Best of luck to each of the Shortlisted albums. It’s with great pride that through The SAY Award we can shine a light on truly incredible pieces of artistic works that play a key part in our cultural identity as a nation.”

Alan Morrison, Head of Music, Creative Scotland said: “Congratulations to all the brilliant musicians behind these albums. Now that the focus has closed in on the shortlist, the buzz about who will be this year’s winner is growing louder. However, The SAY Award isn’t just about competition, it’s also about celebration of an outstanding year for Scottish music. Each of these shortlisted albums is a gateway to a huge range of other recordings that soundtrack our lives and make Scotland such an exciting place to be.”

Each Shortlisted album has won a guaranteed minimum prize of £1,000 prize thanks to award partner Creative Scotland, and will receive an exclusively designed commemorative art prize, created by The SAY Award Design Commission.

Moving to Scotland’s capital city for the first time in its history, the winner of The SAY Award 2019 will be announced at the glittering final award ceremony held in the opulent Assembly Rooms in the heart of Edinburgh. Taking place on Friday 6th September, The SAY Award judging panel will reconvene for the ceremony to decide which album will be awarded a lucrative and career-boosting £20,000 prize as well as the coveted title of The Scottish Album of the Year.

Whether you're celebrating something special or catching up with friends, Dobbies' Afternoon Tea is perfect for any occasion!
Last Updated: 7th August 2020