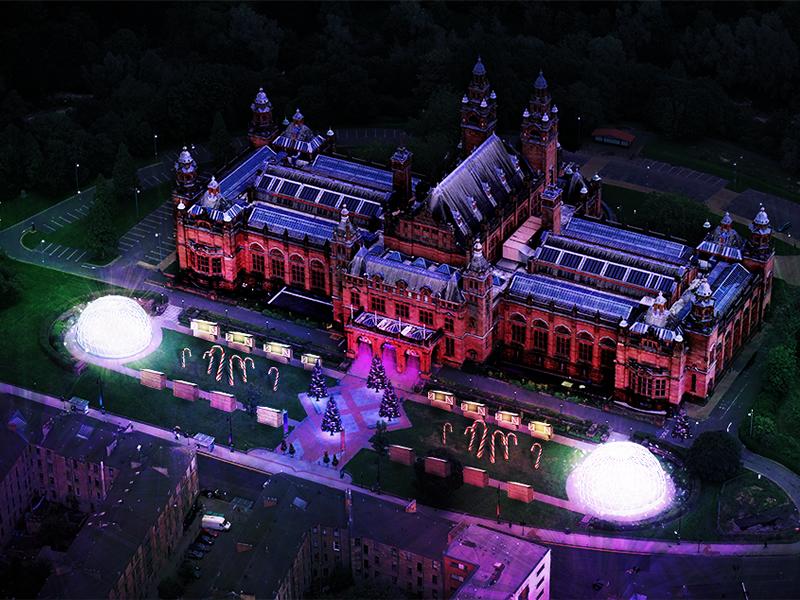 itison have revealed the next part of the Elfingrove journey with a UK first... a winter wonderland complete with Silent Snow Disco!

itison is excited to reveal Elfingrove, a world class production taking over Kelvingrove Art Gallery and Museum for the month of December, transforming the city’s most loved museum into a spectacular Christmas show where the museum’s inhabitants come to life and an ancient secret is finally revealed. All you have to do is believe.

A world class production team of over 60 (and plenty of elves) will create a spell-binding night-time tour of the museum culminating in a show capturing the true magic of Christmas using state of the art technology, sound and lighting. With over 100,000 visitors expected to attend, itison aims to create an epic Christmas spectacle the people of Glasgow and beyond can be proud of.

The team have today announced that they're bringing a first to the UK with a Silent Snow Disco - dance under the snow inside a giant snow globe!

Once you’ve finished your journey through the museum and a spectacular show, step outside into a magical fairy-lit winter wonderland set against the incredibly lit façade of Kelvingrove Art Gallery and Museum featuring Elfingrove's Silent Snow Disco, an epic bar with winter warmers and treats, a gourmet street food village with the best of local vendors plus some all singing, all dancing surprises!

itison will release the third and final element of the Elfingrove journey this week before early bird tickets go on sale next Wednesday 2nd October at 7.30am exclusively at www.itison.com/elfingrove, with tickets starting from £8.
Tickets for the Silent Snow Disco will be sold separately.

The quest to have Scotland’s very first ever Lego set endorsed by the Lego Group took one step closer to becoming a reality last week.
Last Updated: 23rd July 2020

Back by popular demand, Scottish Country Legend Sydney Devine hits the road again with his 'I'm Back' tour, catch him at Beacon Arts Centre on Friday 2nd July!