The first year of Paisley's HB Film Festival was a sell out success this weekend, and with over 300 tickets sold over its 2 day run at The Wynd Centre! 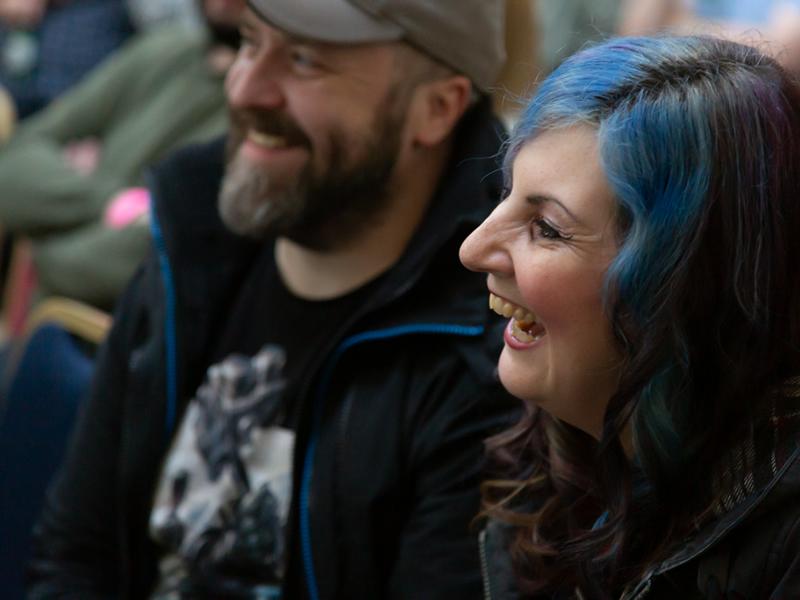 Over 40 independent films were shown plus live music, comedy, film quiz and a glittering awards ceremony. The event has been deemed a great success by organisers and guests alike.

Guest Alasdair Marshall said: “I highly recommend The HB Film Festival. A delight from start to finish with amazing and carefully selected film screenings. This was only the first year and it was a fantastically run event - I can’t wait for next year!”

Awards were picked up by filmmakers from far and wide, with several awarded to Scottish filmmakers including Best Comedy, awarded to Crackpot, and Best Female Lead picked up by Sarah Grant for her performance in comedy short film Scare. See the full list of winners on the festival's Facebook page.

Organised by former Paisley Grammar pupil and filmmaker Gary Hewitt, the festival’s aims are to bring independent films to the community, and showcase the talent of both local and international filmmakers.

If you missed it this year, not to worry - after its sell out success, the HB Film Festival is set to return next year! Festival Director Gary said: “After a fantastic weekend, we are delighted with the outcome of the inaugural HB Film Festival - our selection of quality independent films went down a storm with all who attended. We welcomed guests from the local area, across the UK, and even as far as the USA! We are absolutely thrilled with the response and look forward to bringing you and even bigger and better festival next year!”

If you’re a budding filmmaker, submission for next year’s festival will open in the next few weeks - head over to Film Freeway to find out how your film could be shown at next year’s HB Film Festival!

Keep up to date with HB Film Festival news: