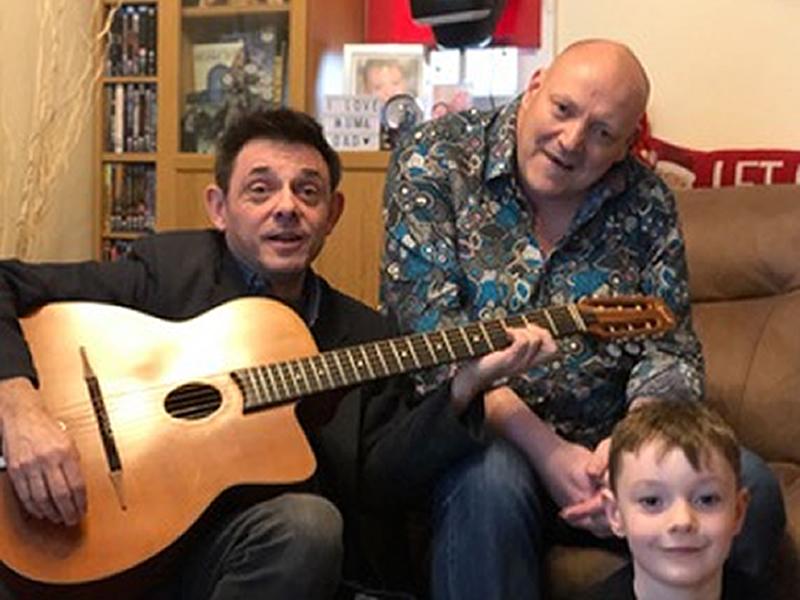 To coincide with World Cancer Day, the promoter behind Prog in the Park, announced that an acoustic guitar signed by prog rock legend Steve Hackett will be the star prize at the event’s auction.

To coincide with World Cancer Day, the promoter behind Prog in the Park, the indoor Progressive Rock Festival, has announced that an acoustic guitar signed by progressive rock legend Steve Hackett will be the star prize at the event’s auction.

Steve Hackett was lead guitarist with Genesis as part of their classic line up with Gabriel, Collins, Banks and Rutherford, that produced acclaimed albums such as Selling England by the Pound (a favourite of John Lennon), he was also inducted into the Rock and Roll Hall of Fame for his time with Genesis and has been a successful solo artist. Through a connection with former Abel Ganz and Pallas singer Alan Reed, Kevin has managed to get Steve to sign an acoustic guitar which will be the most sought after item in the raffle at Prog in the Park 2.0.

Inverkeithing resident and prog rock enthusiast, Kevin O’Neil, launched the first Prog in the Park festival last year as a way of thanking both the NHS and cancer charities for the support he received when recovering from a rare form of cancer malignant myopericytoma, being only one of fifteen people in the world to have had this cancer.

Last year’s inaugural event was held in April 2019 in aid of the cancer charities, Maggie’s Centre’s and Sarcoma UK. This year’s event, Prog in the Park 2.0 (PITP 2.0) is taking place from 11am to 11pm on Saturday 4th April 2020 at the Glen Pavilion, Pittencrieff Park, Dunfermline with profits being donated to MacMillan Cancer Support.

“Running Prog in the Park is my way of giving something back to those that helped me through my cancer journey. It’s important that if you suspect something is wrong that you see you doctor as soon as possible and get it checked out. The NHS has saved my life a couple of times and we are lucky to have such a great health service. We are also fortunate to have a number of charities which support not just people with cancer but also their families. Last year Prog in the Park raised funds for Maggies Centres and Sarcoma UK, this year we are focusing on MacMillan Cancer Support.

“I would like to thank not just prog legend Steve Hackett for signing this guitar but also Alan Reed, former singer with prog bands Abel Ganz and Pallas, for organising this and getting Steve to sign this guitar.”

Alan Reed, who will be appearing at Prog in the Park 2.0 with his band, Alan Reed and the Daughters of Expediency, added:

“I can't wait to be back in Dunfermline, 'gie'in it laldy' - as they say in Surrey. Great venue and great audience. Get your ticket now!”

Image: Alan Reed with the guitar signed by Steve Hackett, handing it over to Kevin O’Neil and his 6 year old son Nathan.