Scenes for Survival is a crisis responsive artistic online project launched in association with BBC Scotland and BBC Arts' Culture in Quarantine project. 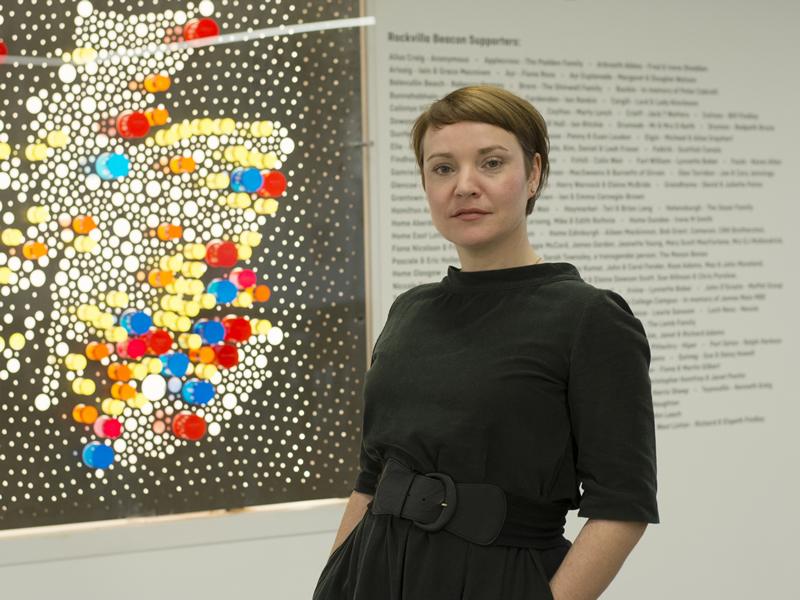 An alternative theatrical online programme is being offered to isolated audiences across Scotland and beyond. This programme has also been curated to support the Scottish theatre sector and creatives during the current critical situation. Part of this programme is supported by high profile Scottish entertainment talent which will also serve as a fundraising platform for those most financially affected within the theatre industry.

Jackie Wylie, Artistic Director of the National Theatre of Scotland says: “We are living through a period that is unprecedented in my lifetime. In Scotland during times of crisis we have always turned to our storytellers to offer connectivity, solace and joy. We want to bring audiences together online despite our collective isolation. When we come through the other side of this era-defining moment we will all feel changed by what we have been through and it is theatre that will allow us to imagine, with hope, where we are going to find ourselves and how it will feel. Theatre matters, more than ever.

The National Theatre of Scotland is part of a theatre sector that is struggling to survive through these times. Scenes for Survival will provide much-needed paid opportunities for artists, celebrate our exceptional national culture and raise money for the freelance community who are experiencing drastic economic and emotional hardship. We thank those who have come forward with such immediate generosity to get us started.

We know that theatre is also about the shared, communal, live experience – the visceral understanding that the quickening of your breath and beating heart is happening alongside those sitting next to you. We continue to make theatre in this way so that we can survive these times of crisis and then come together again on Scotland’s stages”

Scenes for Survival is a new season of digital short artworks from National Theatre of Scotland which will launch new pieces of theatre from creative talents across a series on online platforms and channels over the next few months. This project is being delivered in association with BBC Scotland and BBC Arts Culture in Quarantine project.


A host of actors, writers and directors will be engaged and paid to create these short pieces of digital theatre remotely from their personal spaces of isolation.

The National Theatre of Scotland will announce a call out opportunity for writers to be commissioned to write short new pieces for the project. Creative teams/pairings for the project will be announced over the next few weeks.

The season of works will also act as a platform to raise money for a new hardship fund for artists and those in the theatre industry who have been hardest hit financially.

High profile artists involved will be given the opportunity to donate their artistic fee on a pay it forward basis to enable further artists to be involved and paid over the next few months. The Company gratefully acknowledges the generosity of the artists who are supporting the project so far.

Other ongoing activity from the National Theatre of Scotland will be refocused as a digital offering or opportunity for artists and audiences including Engine Room, ongoing casting meetings for actors, Play Dates, a digital programme for children, young people and their families and The Coming Back Out Balls’s Online Dance Clubs for LGBTI+elders.

The National Theatre of Scotland is also exploring the rights issues involved, with a view to sharing filmed versions of acclaimed previous productions with online audiences.

All the National Theatre of Scotland’s digital offering during this time will be free for audiences and available via the Company’s online platforms and social media channels with Scenes for Survival content shared with BBC Arts, BBC Scotland and associate theatre organisations.

The Otherwhere Emporium with Ross Mackenzie

Join one of Renfrewshire's best-loved children's authors, Ross Mackenzie, as he reads from his book, The Otherwhere Emporium, and chats about his life-long love of reading as part of Paisley Book Fest

The Story of Burns Through Whisky - Tasting Event

Explore the life of our National Bard, Robert Burns, whilst enjoying a dram or 6 with friends old and new, on this virtual tasting event from St Vincent's Hospice!

Burns&Beyond with Johnnie Walker returns this month, spreading Love, Hope and Kindness with a stunning programme of FREE music, poetry and dance from across Scotland and beyond!