Something for the weekend...

Tune in to BBC Scotland as Clyde 1's George Bowie and Cassi explore the love affair with the iconic 'Bits and Pieces' dance anthem! 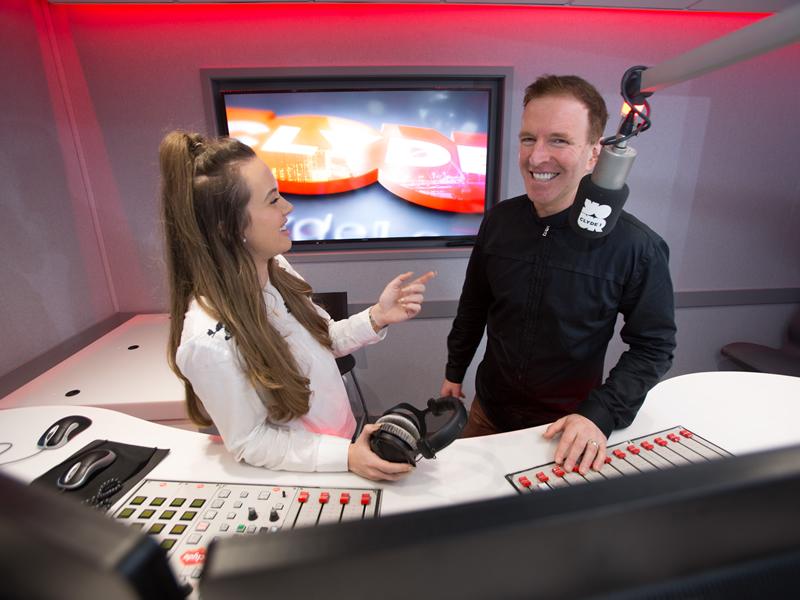 ‘Bits and Pieces’ has become the unofficial new national anthem of Scotland – it’s the celebration song at Hampden, Calvin Harris’ last track at T in the Park after campaigning by Clyde 1’s Bowie At Breakfast team and was the entrance music for the Scottish Beyoncé himself, Lewis Capaldi at a sold-out TRNSMT in 2019.

But why the hype and where did it come from? BBC Scotland’s music strand ‘TUNE’ has created a special programme for BBC iPlayer, documenting Scotland’s love affair with the dance track, with Clyde 1’s George Bowie starring in the show.

The breakfast host and dance DJ has been one of the songs biggest champions, playing the track live on Clyde 1 as part of his GB Xperience evening shows on Friday and Saturday nights, as well as ensuring it’s included in all of his live DJ sets – where it always gets one of the biggest responses of the night.

Clyde 1 DJ George Bowie said: “Bits and Pieces has become truly iconic to Scotland and the dance music scene. I’m so proud to have played a part in boosting its popularity and reach across the nation and to have been able to play the track for so many over the years.”

The song first emerged in 1994 created by Dutch act ‘Artemesia’ who also features in the BBC Scotland show, but 25 years on, it’s become a staple in Scotland.

George added: “Bits and Pieces is kind of like the iconic ‘old skool’ tune. The original back in 1994 was a big song but didn’t even make the top forty. I worked with Sparkos about ten years ago to create a cover and it just exploded again. The song really grabs people and our cover has seen it become part of this dance music legacy.

“I really love playing ‘Bits and Pieces’, whether it’s on my Clyde 1 GB Xperience show or live to crowds of dance music fans. I even included it in my ‘Bowie on the Balcony’ set the other night as I played to all my neighbours. I’d encourage all dance music fans to give it a watch and get raving in their living rooms.”

Cassi, who co-hosts Bowie@Breakfast with George and also appears in the BBC Scotland show added: “I DJ at events across Glasgow and beyond and as soon as the intro to ‘Bits and Pieces’ begins, the energy and excitement on the dancefloor goes up to another level. It’s an absolute anthem and everyone really does love it.”

TUNE: The Story of Bits and Pieces will go live on BBC iPlayer on Friday 27 March and will be shown on BBC Scotland at a later date.

Link to episode on iPlayer: https://www.bbc.co.uk

Rave along with George Bowie and the GB Xperience on Clyde 1 every Friday at 8pm and Saturday at 6pm. You can also listen to Bowie@Breakfast on Clyde 1 from 6 -10am on weekdays. Listen on FM or DAB radio, online, via the Clyde 1 app, or via a smart speaker – just say ‘Play Clyde 1’.

The Otherwhere Emporium with Ross Mackenzie

Join one of Renfrewshire's best-loved children's authors, Ross Mackenzie, as he reads from his book, The Otherwhere Emporium, and chats about his life-long love of reading as part of Paisley Book Fest

The Story of Burns Through Whisky - Tasting Event

Explore the life of our National Bard, Robert Burns, whilst enjoying a dram or 6 with friends old and new, on this virtual tasting event from St Vincent's Hospice!

Burns&Beyond with Johnnie Walker returns this month, spreading Love, Hope and Kindness with a stunning programme of FREE music, poetry and dance from across Scotland and beyond!