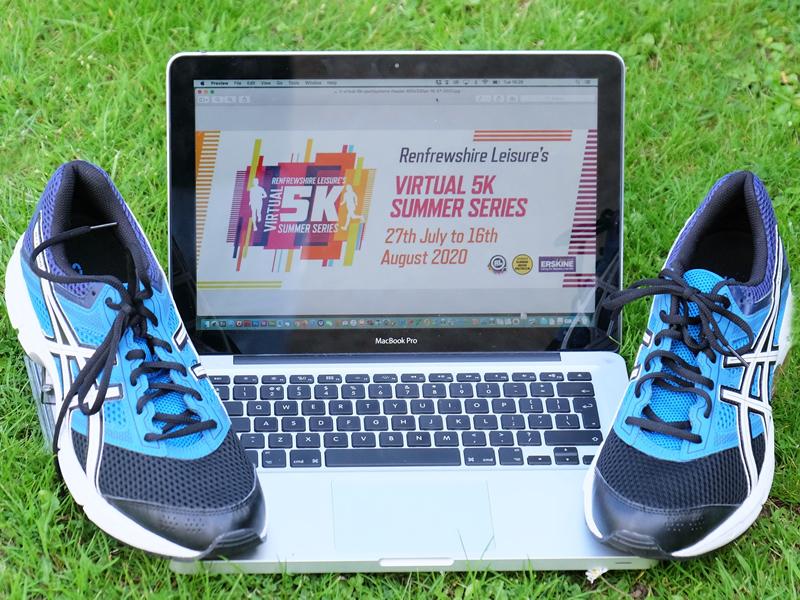 The annual Paisley 10k and Fun Run may have had to be cancelled this year due to the coronavirus pandemic, but the team at Renfrewshire Leisure have organised a series of virtual races to take its place.

Runners can take part by signing up for the Renfrewshire Leisure Virtual 5k Summer Series for free and after registering, they are asked to submit their best times for running a distance of 5k.

They can start submitting their times once every week for three weeks starting on July 27 and runners can complete the distance either on an outdoor run, or on a treadmill.

Registration via www.renfrewshireleisure.com/5ksummerseries will be open throughout each week and once signed up, runners will be sent an email with a weblink to a Google Form where they can submit their times.

Runners can choose to register and submit their time for Week 1, Week 2, or all three weeks. At the end of each week, results will be collated and a leader board will be posted on the Renfrewshire Leisure website and social media.

The Virtual 5k Summer Series is being organised in conjunction with Kilbarchan Amateur Athletic Club and the event’s charity partner is Erskine – Scotland’s foremost provider of care for military veterans and their spouses.

Although entry to the event is free, runners are being encouraged to make a donation to Erskine at www.erskine.org.uk.

Chairperson of Renfrewshire Leisure, Councillor Lisa-Marie Hughes said: “It’s a shame the Paisley 10k and Fun Run has had to be cancelled this year, but we’re making sure all the training that runners have been doing throughout the year will be put to good use.

“Our team has been very creative in coming up with the idea for a Virtual 5k Summer Series and I hope lots of runners sign up and log their best times for running the 5k race distance.

“I’m sure those taking part will join in the fun and competitive spirit of the event and if they aren’t top of the leader board after the first week, they have another two opportunities to post even faster times.”