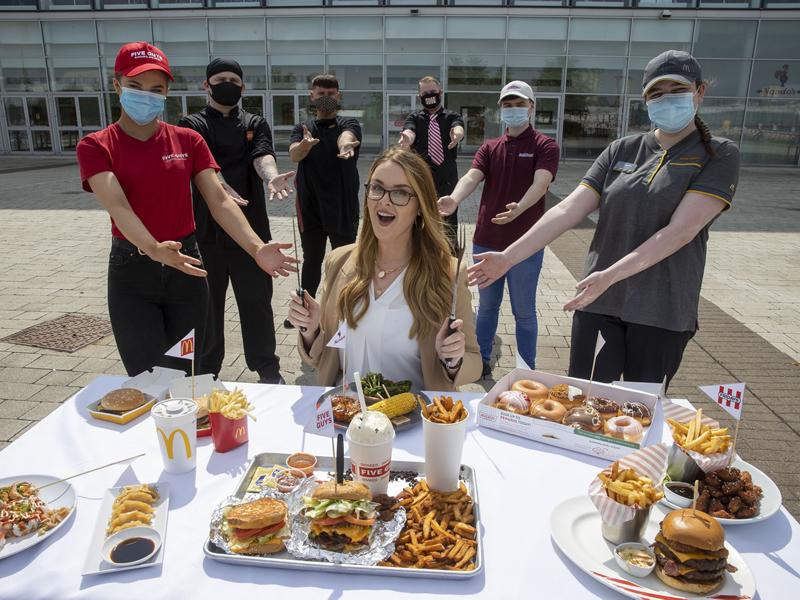 Many of the restaurants, bars and cafes at the shopping destination and Soar at intu Braehead are taking part in the Government’s Eat Out to Help Out scheme.

Visitors will receive a 50 per cent discount, up to a maximum of £10 per person, when dining-in at participating eateries on Mondays, Tuesdays and Wednesdays from August 3 to August 31. Diners can take advantage of the money-off meal deals as many times as they want.

The discount is available for food and non-alcoholic beverages, but does not include takeaway purchases. Visitors will not need a voucher, as participating establishments will simply discount their bill.

Marketing manager for intu Braehead, David Lyon said: “Many of our cafes, bars and restaurants are now open and have signed up to the Eat Out Help Out scheme.

“This is a fantastic incentive for people to treat themselves with a meal out after months of lockdown. A family of four that would normally pay, say £80 for their meal will only be charged £40 thanks to the initiative and the eateries at intu Braehead taking part.

“We’re seeing more and more visitors returning every day, so we’re confident that plenty of people will be taking advantage of the fantastic Eat Out to Help Out scheme and will enjoy a delicious meal together.

“Of course, we’ll be continuing to do everything we can to make sure intu Braehead is a safe place to visit and work.”

The cafes, bars and restaurants participating in the Eat Out to Help Out scheme will be regularly updated at intu.co.uk/braehead, but they currently include:
Five Guys; Lord of the Isles; McDonalds; Nando's; Pizza Express; Pizza Hut; Prezzo; TGI Fridays; Yo! Sushi; Frankie & Benny's – open August 10 and Harvester, which is opening soon.