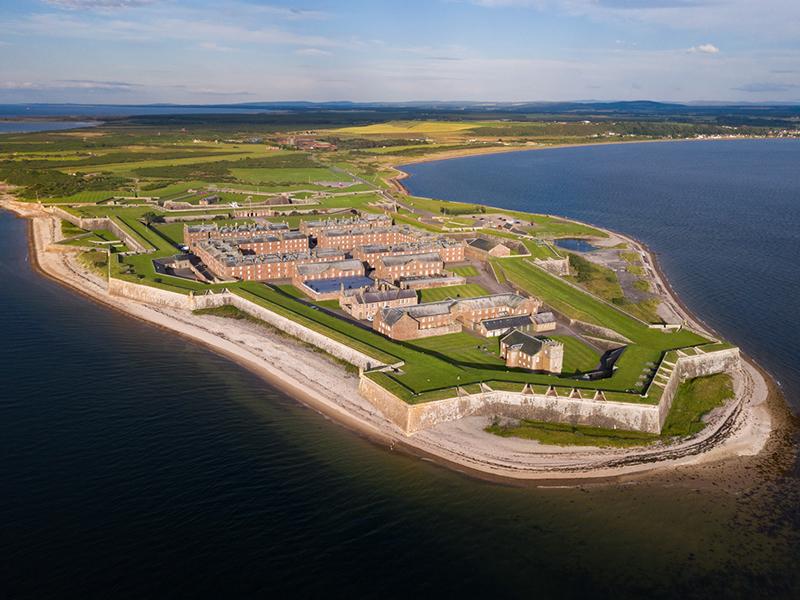 Historic Environment Scotland (HES) has announced reopening dates for 10 ticketed iconic sites throughout Scotland after the sites closed their doors in March due to COVID-19 restrictions.

The roll-out of reopening sites will take place throughout the country with Dunblane Cathedral reopening on Wednesday 2 September followed by Aberdour Castle, Dryburgh Abbey and Craigmillar Castle on Friday 4 September. Tickets for these sites are on sale as of today (Monday 24 August).

Collectively, the sites have experienced over 1,000 years of history, from Viking invaders to Mary, Queen of Scots.

Edinburgh Castle, Stirling Castle and Urquhart Castle were the first of HES’s ticketed sites to reopen, where tickets for Edinburgh Castle and Stirling Castle sold out, and 97% of tickets sold for Urquhart Castle. An additional 12 ticketed sites will be open by the end of August, with Blackness Castle, Huntly Castle and Melrose Abbey amongst the sites which have reopened within the last two weeks.
HES is aiming to re-open 70% of its estate by mid-September on a rolling basis to provide as much access as possible to historic sites across all regions of Scotland.

New safety measures have been put in place on site, with cash payments no longer being accepted for the foreseeable future, and visitors being asked to use contactless payment where possible. One-way systems will be in place in some locations, and some indoor areas may be closed, such as small enclosed spaces where physical distancing is not possible. Visitors can also enjoy access to outdoor spaces including historic courtyards, as well as some indoor areas which may be capacity limited. Tickets must also be booked online in advance.

Visitors will be asked to wear face coverings when entering any retail shops, cafes and internal enclosed spaces at sites, in line with Scottish Government guidance.

For the parts of the sites which access is currently restricted, HES has developed a programme of agile interpretation which can be accessed via QR codes and includes digital film or audio to further enhance the visitor experience. In the first two weeks of opening, there were over 11,000 scans of the QR codes at Edinburgh Castle, Stirling Castle and Urquhart Castle.

Alex Paterson, Chief Executive of HES said: “In July we announced our plans to reopen 70% of our historic sites by mid-September and I am delighted that we are on track. I would like to thank everyone who has visited any of our sites since they reopened this month. The feedback we have received has been incredible and is a testament to the hard work and efforts from our staff to ensure our sites are safe for visitors to enjoy.

“The heritage and tourism sectors have, along with many others, been impacted by the Covid-19 pandemic, so I am really pleased that we are now continuing to reopen more historic attractions. By mid-September, visitors will be able to access our historic sites throughout the country from the Scottish Borders and the central belt to the Highlands and Islands.

“We have also been working very closely with our partners to help kick start Scotland’s tourism industry, which includes the Museum of Scottish Lighthouses who opened Kinnaird Head Castle Lighthouse and Museum on Wednesday 12 August, and the Friends of Dundonald Castle who reopened Dundonald Castle on Thursday 20 August.

“Getting our sites ready to reopen after being closed for the longest period since the Second World War has been no easy feat, and we are extremely thankful to the visitors and members who have continued to support us through these unprecedented times. We hope people up and down the country will enjoy discovering Scotland’s history by experiencing a safe and responsible visit to the heritage sites on their doorstep.”

Tickets must be booked online in advance. For more information about visiting sites once they reopen visit: www.historicreopening.scot