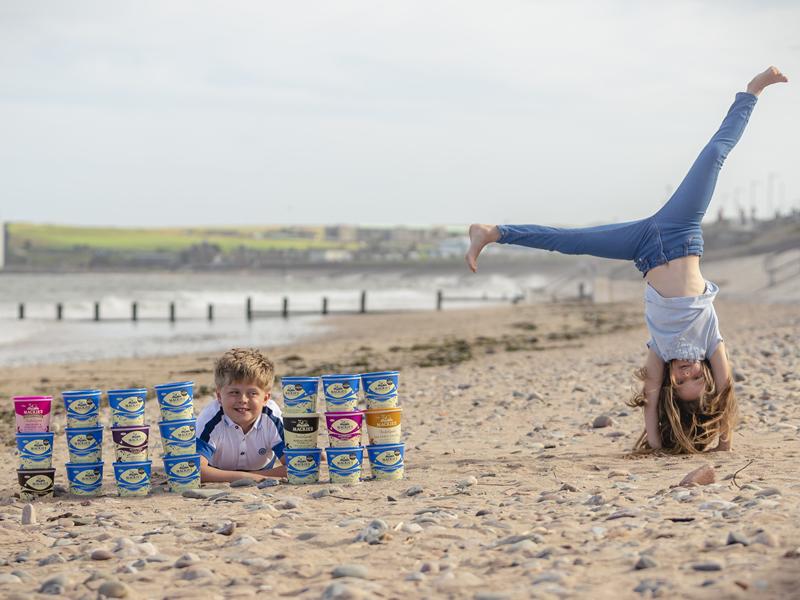 As the culmination of its “Summer of Simple Pleasures” promotion, Mackie’s of Scotland are offering the chance to win a lifetime supply of their ice cream – two litre tubs every month for life. Entries are open this week and all entrants from the 10 weeks of giveaways will be included in this final draw.

The campaign is the Aberdeenshire family firm’s largest ever on-pack and online competition, with ten weeks of carefully curated prizes intended to provide the winners with simple joy.

So far more than 50,000 people have entered to win prizes celebrating ice cream but also many other simple pleasures such as cooking for friends and family, listening to music, receiving unexpected flowers - and even the simple pleasure of clean new sheets with a bed makeover.

Karin Hayhow, Marketing Director at Mackie’s of Scotland, said: “We couldn’t host our summer campaign about simple pleasures without incorporating our favourite simple pleasure of all... which is, of course, ice cream!

“We are having fun helping people celebrate the simple things in life, because they can often be the best and bring the most joy.

“The response so far has been great and we are looking forward to making someone’s childhood dream of winning a lifetime supply of ice cream become a reality!”.

500,000 tubs of Mackie’s original and bestselling “Traditional” ice cream have been specially designed to coincide with the UK-wide campaign. Its ice cream is made simply and naturally, using fresh milk and cream on the fourth generation family dairy farm in rural Aberdeenshire.

It’s not the first time Mackie’s has given away the lifetime supply prize, with a fan from Swindon securing the big prize four years ago, coinciding with Mackie’s 30th anniversary producing ice cream.

The company's ‘sky to scoop’ ethos sees it create everything from milk to its packaging on-site, renewable energy is a cornerstone of the business - with four wind turbines, a 10-acre solar farm and a biomass energy plant providing over 80% of the company’s energy requirement.

The lifetime supply of ice cream winner will be drawn at random on Monday 7th September (closing midnight on Sunday 6th September) - the simple entry form is at www.mackies.co.uk/simplepleasures

To find out more about Mackie’s, please visit: www.mackies.co.uk