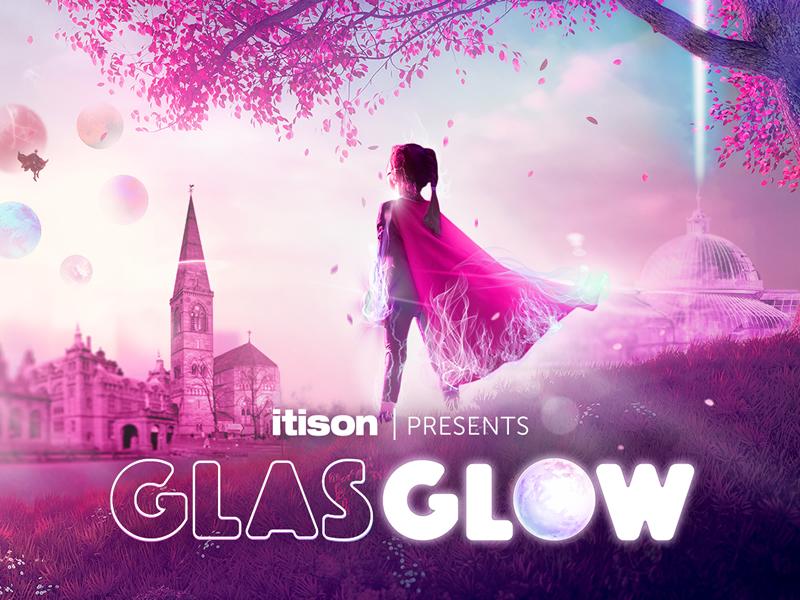 In year three of GlasGLOW, heroes will rise up and discover their own superpowers. It’s time to be the hero of your own story.

With the entire sector decimated by COVID, itison, have created a fully outdoor show adhering to government guidelines which will spectacularly transform Glasgow’s Botanic gardens into an immersive superhero story created by a world class team of sound, lighting and set designers.

Due to start at the end of October, the exact details of the show are under wraps, but itison have promised to bring back some of the most loved elements of 2019’s show including Marshmallowland.

itison’s events team are hot off the back of Scotland’s first socially distanced Drive In which saw thousands of families enjoy feel-good day out this Summer; with 5* reviews and 99% of event goers saying new measures made them feel safe. Now the team are working closely with the Scottish Government, Event Scotland and Glasgow City Council to guarantee a safe and fun GlasGLOW with new measurements including:

Oli Norman, CEO of itison and GlasGLOW creator, said: “We believe more than ever in the power of bringing communities together safely.

“The entire events industry has been decimated due to COVID, illuminated trails are one of the first experiences that have the ability to go ahead and safely. GlasGLOW 2020 is a fully outdoor trail which will operate similarly to visitor attractions such as zoos and safari parks that have been opened safely since June.

“This has been a long, tough year for everybody, which is why I’ve written out a show which is all about discovering our powers within, turning all of us in to superhero’s.”

The show will also see the return of the itison Pumpkin Fund - the community engagement initiative which saw 1,000 tickets donated to families who needed it most and funded a mini-bus for local Highpark Primary School LCR.

GlasGLOW 2020 is set to return at the end of October, details of the show are still under wraps, but itison will be revealing trailers over the coming days with hints of what you can expect.