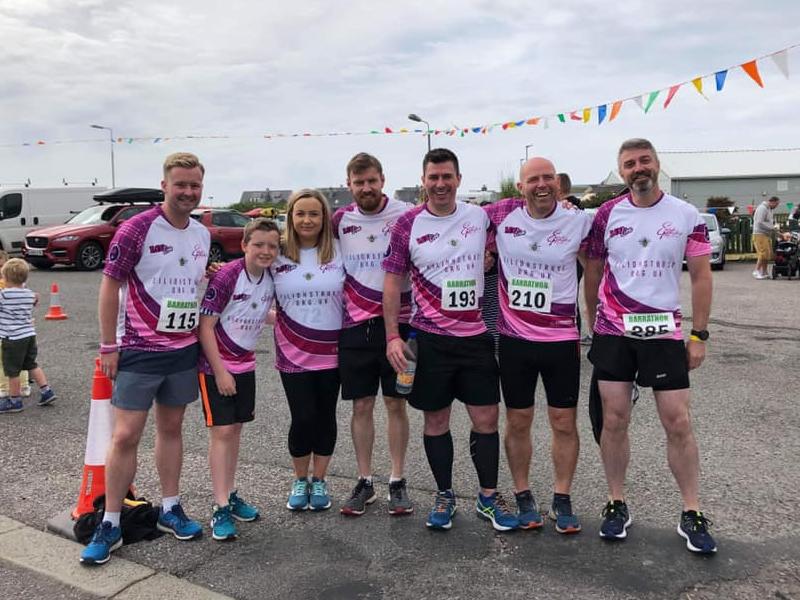 With almost all of the charity’s 2020 fundraising succumbing to the pandemic restrictions, this event will provide an opportunity for the #TeamEilidh supporters to make use of all their training and commitment. And participants are being encouraged to get musical to tie in with the music nature of Eilidh’s Trust.

The trust was established in memory of Eilidh MacLeod from the Isle of Barra who died along with 21 others in the Manchester Arena attack in May 2017. The trust supports music education for young people reflecting Eilidh’s own musical ability and enjoyment as a piper with the Sgoil Lionacleit Pipe Band. The trust will also manage and maintain a permanent memorial to Eilidh and a garden of remembrance and reflection on Barra.

Over this coming weekend runners and walkers are being encouraged to lace up their trainers and put their training to use by taking part in a virtual 5k, 10k, half marathon or full marathon challenge. As this will be a virtual event anyone can be part of #TeamEilidh wherever they happen to be over the weekend. Runners and walkers from across Scotland and the north west of England have already signed up to participate via the #TeamEilidh event page on running app Strava where their mileage will be logged.

Schoolchildren on Barra and Vatersay will also be participating as the island schools will use the event as part of their regular PE Challenges.

As Eilidh’s Trust is a music-based charity, participants are also being encouraged (although not essential) to be creative and get musical whether it be musicians combining their talent with their run or walk, or paying homage to their favourite musician, song or album.

This is a free-to-enter event. However, donations to the trust will be very much welcome in light of this year’s fundraising events being scaled back. Donations can be made via Eilidh's Trust's JustGiving page

Suzanne White, founder of Eilidh’s Trust said: “We had enthusiastic teams ready and raring to go for events such as the Isle of Barra Barrathon, the Great Manchester Run and the Edinburgh Marathon Festival. However, the pandemic meant all these events were postponed until 2021. Despite that, we were keen to do something this year so that all the training and amazing preparation doesn’t go to waste. We want to keep #TeamEilidh motivated and energised in 2020.

“If you’re out running or walking this weekend, do it for #TeamEilidh and support our work in continuing Eilidh’s musical ambitions by investing in the music education of other young musicians in her name. Feel free to pester as many of your family, friends and colleagues to join in.”