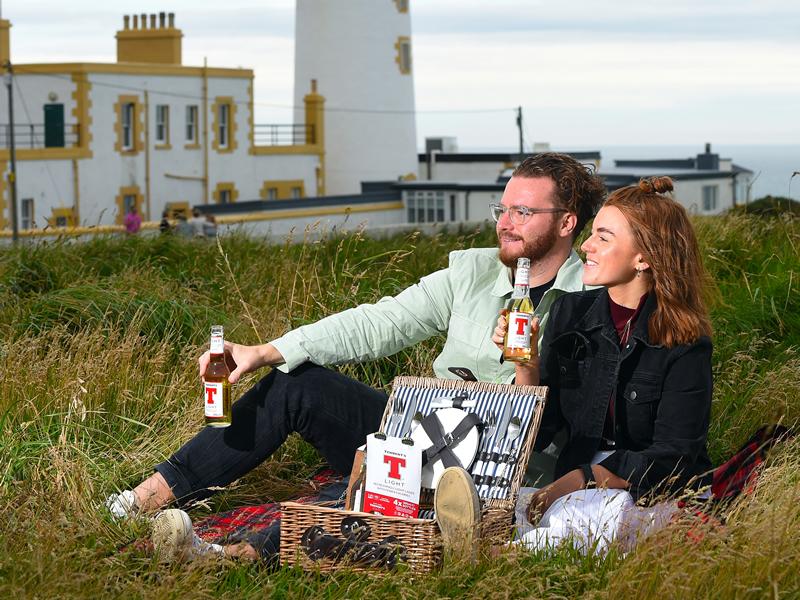 It’s not been the year anyone expected with birthdays, weddings, holidays and pretty much everything cancelled. With Scots still encouraged to swap trips abroad for adventures closer to come, Tennent’s is offering fans the ultimate staycation.

The one-off trip to one of the country’s most unique locations, a lighthouse keeper’s cottage, marks the launch of Tennent’s Light, Scotland’s lowest calorie beer, in shops and supermarket shelves.

The break will give six friends the chance to escape to remote surroundings and get back to basics on the rugged coast in one of the world’s most beautiful countries. With stunning scenery, coastal activities, sumptuous food and of course Tennent’s Light, the trip will be anything but basic from start to finish.

Commenting, Iain Telford, Marketing Services Manager at Tennent’s, said: “2020 has been a challenging year and with so much time spent at home, we wanted to reward someone with an all-expenses paid trip for them to enjoy with friends or family in Scotland. It’s not very often that the opportunity to stay at a lighthouse comes up and we’re looking forward to bringing a bit of light to someone’s year.”

Iain, added: “The planned launch of Tennent’s Light was paused earlier this year as a result of the closure of pubs, bars and restaurants. During lockdown we received an increasing number of enquiries from people asking where they could pick up Tennent’s Light in supermarkets and shops after briefly getting a taste for it in bars, particularly with increased demand for lighter options from consumers.

“They asked and we listened, and we’re delighted it’s now available in stores across Scotland, meaning people can now enjoy Tennent’s Light at home or as a pint when returning to the pub.”

To land a lighthouse trip, Tennent’s is asking people to head to their social channels (see links below) to tell them about something that’s brought a bit of light to their year. As well as one lucky winner, 12 runners-up will receive a four-pack of Tennent’s Light bottles.