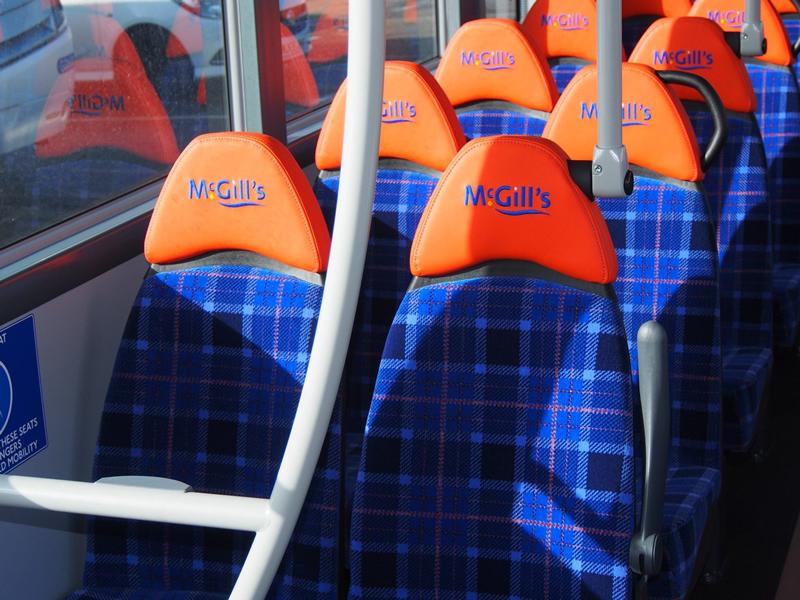 McGills Buses has reported a number of drivers parking in restricted areas which is affecting their ability to run the service safely and on schedule.

Renfrewshire Council is working with McGills to remind drivers that even two minutes is too long, and poor parking can have implications including:

Councillor Cathy McEwan, Convener of Renfrewshire Council’s Infrastructure, Land and Environment Policy Board, said: “We need all road users to ensure they are abiding by parking restrictions which are in place in Renfrewshire to keep everyone safe.

“You may think that you’re only nipping into the shops for two minutes, but those two minutes can cause disruption to the bus service for the rest of the day.

“The next time you think of parking where you shouldn’t then be aware that you may be stopping an elderly or disabled person being able to get straight onto the bus from its usual place, or causing a passenger to miss their connection as the bus is delayed.

“Don’t be selfish and find an appropriate place to park before carrying out what you need to do.”

Renfrewshire’s Wardens Service will be carrying out increased monitoring of parking in restricted areas such as bus stops and will issue penalty charge notices to any motorists caught parking illegally.

Colin Napier, Operations Director at McGill’s Buses, said: “We strongly welcome the council’s support of the bus user in Renfrewshire.

“Every day, thousands of bus users journeys are negatively impacted by cars, taxis and delivery vans parking illegally and selfishly in bus stops.

“Parking in a bus stop makes it is very difficult and sometimes impossible for our drivers to dock properly onto the stop. Not only does this disrupt bus services and impede general traffic flow, but it puts the safety of our customers and staff at risk.

“There are many suitable car parks across Renfrewshire and particularly in town centres so bus stops should be for bus users.”

For more information on parking in Renfrewshire, visit www.renfrewshire.gov.uk/parkingrestrictions.