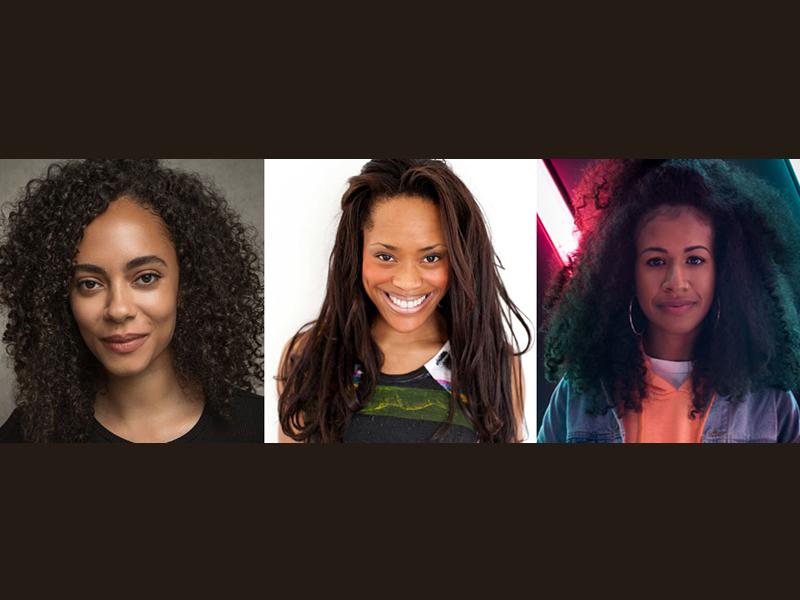 Lament for Sheku Bayoh
Written and Directed by Hannah Lavery

A young black man lost his life. In Scotland. Five years ago.

Soon after 7am, on a Sunday morning - May 3rd, 2015, Sheku Bayoh, a 31 year-old gas engineer, husband and father of two died in Police custody on the streets of his hometown, Kirkcaldy in Fife.

Lament for Sheku Bayoh is a personal response to this tragedy, an expression of grief for the loss of the human behind the headlines and a non-apologetic reflection on identity and racism in Scotland today.

Performed on the Lyceum theatre’s stage and streamed to audiences at home, Lament for Sheku Bayoh urgently questions, is Scotland really a safe place?

Written and Directed by acclaimed spoken word artist and theatre-maker Hannah Lavery, Lament for Sheku Bayoh was originally commissioned and presented as a rehearsed reading by the Lyceum Theatre, supported by the Edinburgh International Festival as part of the 2019 International Festival’s You Are Here strand.

Lament for Sheku Bayoh will be performed by Saskia Ashdown, Patricia Panther, and Courtney Stoddart. The three cast members also performed as part of the original rehearsed reading at the 2019 Edinburgh International Festival. The production will also feature music from Beldina Odenyo, AKA Heir of the Cursed.

Three performances of Lament for Sheku Bayoh will be streamed on 20 and 21 November 2020 and made available to a paying audience. Viewers can buy tickets to watch performances from either the National Theatre of Scotland or the Lyceum Theatre’s website.

After Sheku Bayoh lost his life in 2015, his family launched a campaign seeking justice and answers about the manner of his death. In 2019 it was announced that a judge-led inquiry into the case would be held, with a view to establishing the circumstances behind the case. Earlier this year it was announced that the remit for the inquiry would include examining whether Mr Bayoh's "actual or perceived race" had played any part in his death.

"I hope that Lament for Sheku Bayoh will be the beginning of a journey for audiences; that it will leave them with questions that they want answered and that it will give them an energy to pursue a better Scotland. And for some of us it will be an opportunity to be seen and heard and to have an experience and a knowledge of this country shared.

I think it's important for us to be able to talk about Scotland in an honest way, and to not turn our head away from the things that might feel uncomfortable or challenge the idea we have of ourselves. It's important for us all to see Sheku Bayou as a human being- hugely loved, full of promise and with dreams for his future- and to take a moment to really mourn his loss."

Hannah Lavery is an acclaimed spoken word artist and playwright. Most recently she created Disco with Mum for the Company’s Scenes for Survival series and her acclaimed autobiographical solo show, The Drift about identity, belonging and grief produced by the National Theatre of Scotland toured Scotland in 2019 and was featured as part of Ghost Light, for the Edinburgh International Festivals’ My Light Shines On programme in 2020.

"This is lovely, resonating writing, performed with an enthralling, warm confidence. Moving, charming, chastening, it is precisely the kind of work for which our National Theatre of Scotland was created.” Sunday Herald on The Drift

Available to view on 20 November (8pm) and 21 November (1pm & 8pm) nationaltheatrescotland.com and lyceum.org.uk.

Tickets are available on a Pay What You Can scale from £5 to £25 - Booking: nationaltheatrescotland.com/lamentforshekubayoh