Communities across Scotland are being urged to celebrate Scotland’s national day on 30 November by wearing their kilt as part of the #GetYerKiltOn tourism initiative. 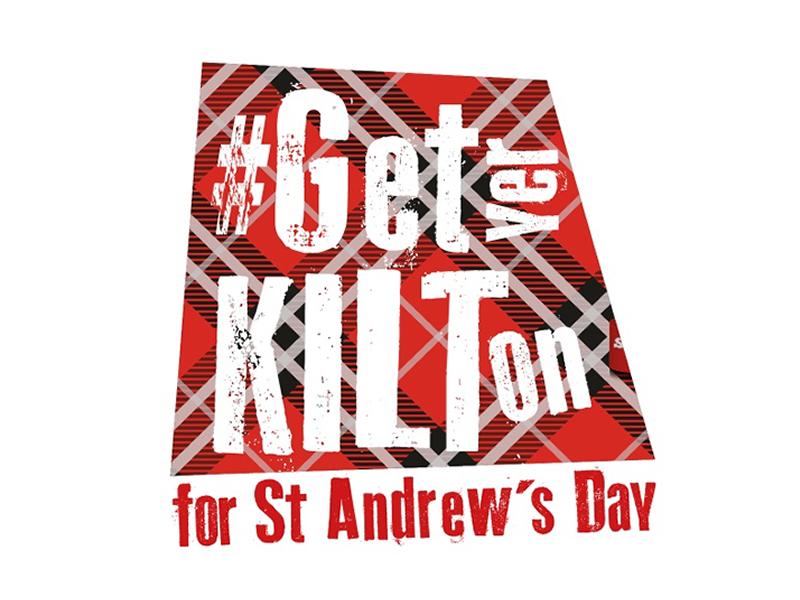 Communities across Scotland are being urged to celebrate Scotland’s national day on 30 November by wearing their kilt as part of the #GetYerKiltOn tourism initiative, organised by the Fife Tourism Partnership.

Following the success of last year’s #GetYerKiltOn campaign, which was supported by celebrities such as Julie Fowlis, Jack Vettriano, Craig Hill and Huey Lewis, as well as a number of local businesses, this year’s campaign is urging people across Scotland to once again join in the fun. You can do this by wearing your kilt or something tartan in the run-up to, and on the day itself and then share your pictures on social media using the #GetYerKiltOn hashtag.

With the aim of showcasing the rich culture, heritage and hospitality of Scotland, the Fife Tourism Partnership are hoping individuals and organisations over the country will get involved. From sharing pictures in kilts or tartan through to hosting St Andrews themed promotions and activities, there are a number of ways to get involved and support the campaign this month.

Commenting on the celebrations, Councillor Altany Craik, Convener for Economy and Tourism, said: “The #GetYerKiltOn campaign has been hugely successful in stimulating conversations around Scotland’s annual day as well as celebrating Scotland’s warm hospitality and showcasing the incredible assets we have to offer. It’s been fantastic to see so many notable figures and members of the community engage and showcase their love for Scotland. I’d encourage everyone across Fife and Scotland to get involved and #GetYerKiltOn on Monday 30 November.”

And if that isn’t enough to entice you to wear your kilt, or something tartan, and share them maybe our competition prize will! All images uploaded to social media will be entered into a draw and the lucky person will win an overnight stay for two at the 5* Fairmont Hotel in St Andrews.

The photos will be judged on St Andrews Day, and the winner will be announced on Welcome to Fife social media channels on Tuesday the 1st of December.