Scotland’s leading homelessness charity is on the hunt for one star baker to get creative in the kitchen and produce a new brownie for its popular home delivery service. 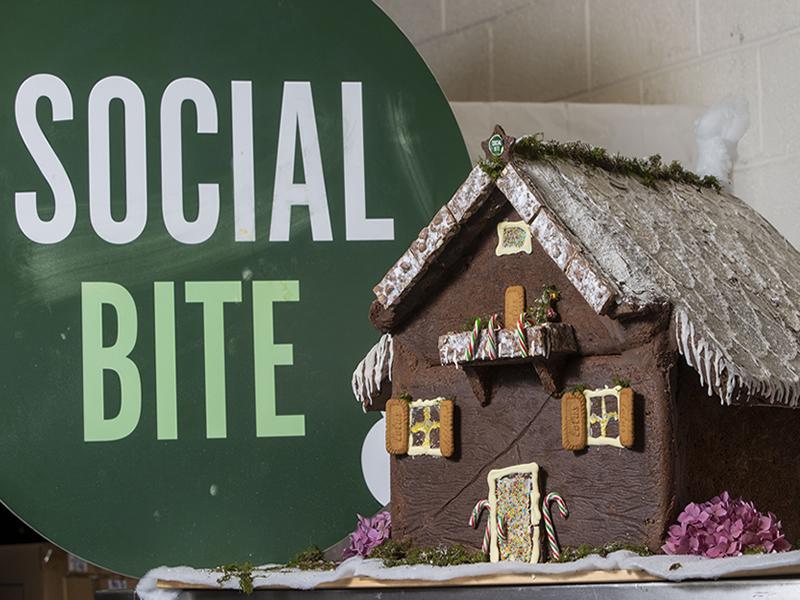 Ahead of the final episode of this year’s Great British Bake Off (24 NOV), Scotland’s leading homelessness charity is on the hunt for one star baker to get creative in the kitchen and produce a new brownie for its popular home delivery service.

Social Bite is looking for an aspiring Prue Leith or Paul Hollywood to showcase their culinary flair and come up with a brand new flavour of the chocolate-based treat to feature in its ‘Box of Joy’ brownies.

The team of judges, including Michelin-star chef, Martin Wishart, will be looking for innovative new creations with the winning brownie being added to Social Bite’s brownie menu throughout January and available for delivery UK-wide.

For £12.99 or 17.99, customers can currently buy boxes of four or nine delicious brownies in a variety of flavours including coconut dream, caramelised biscuit, cherry amaretto, strawberry crunch, chocolate orange, white chocolate and raspberry, triple chocolate and, of course, classic chocolate.

Whether given as a gift or bought as a treat, the ‘Boxes of Joy’ really are ‘baking’ a difference as with every box purchased, 100% of the proceeds made go towards Social Bite’s mission to end homelessness in Scotland.

Founder and CEO of Social Bite, Josh Littlejohn, said: “Despite only launching last month, our brownie delivery service has been a huge success so far and we are looking for a talented home baker to help us build that success even further.

“As everyone’s favourite TV programme, The Great British Bake Off, comes to an end for another year, we’re launching our competition today to keep the baking momentum going.

“By getting creative in the kitchen, you could be in with the chance of having your recipe mass produced for delivery right across the UK. Plus, you’ll become part of our vital work and helping us to break the cycle of homelessness in Scotland.”

Social Bite was launched by Josh Littlejohn and Alice Thompson in 2012 and runs a chain of five social enterprise cafes in Glasgow, Edinburgh and Aberdeen, a Social Bite Delivery business which employs and supports people affected by homelessness, as well as Vesta Bar & Kitchen in Edinburgh.

As a social enterprise business, Social Bite exists to achieve social objectives and is driven by a cause, rather than profit. The brownie delivery service helps to sustain its enterprise model and support more people into jobs to help break the cycle of homelessness. One in three members of Social Bite staff have experienced homelessness as an extreme barrier to employment.

To enter the Great Brownie Bake Off, hopeful bakers must bake up a batch of brownies and take a photo, add a short description, upload to social media and make sure to tag Social Bite on Facebook @SocialBiteBusiness, Twitter @SocialBite_ and Instagram @Social_Bite and use the hashtag #SBBrownieBakeOff.

The closing date for entries is Sunday 6th December and bakers must live in Scotland and be over the age of 18. Entries from children must be supported by a parent, guardian or teacher.