Detailed designs for two new temporary cycling routes from Howwood to Paisley and Bridge of Weir to Houston have been published by Renfrewshire Council. 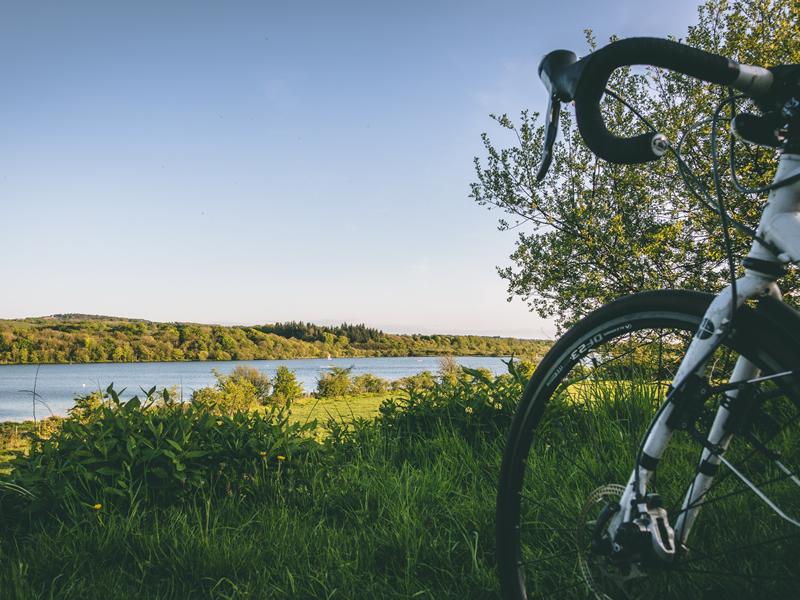 They are the first of a series being introduced on key commuter routes to encourage people to cycle for essential journeys to and from work and school, for exercise and to visit local shops during the Coronavirus pandemic.

Each route is funded through the Scottish Government Spaces for People programme and supported by Sustrans Scotland.

A summer survey shaped design of the 35-minute, 10km cycle between Howwood and Paisley, which passes St Anthony’s Primary School, Johnstone Train station and through Elderslie, before connecting with National Cycle Route 7 into Paisley town centre.

And the Bridge of Weir to Houston route has been brought forward following a request from Houston Community Council to provide a safe cycling option between the two villages.

The 10-minute cycle along Houston Road includes a combination of existing pavement converted into a shared use route for pedestrians and cyclists and on-road cycling, finishing in Houston outside Gryffe High School.

Letters have been issued to residents, schools, businesses and communities on each route detailing the plans and asking for any feedback to shape the final plans, with the routes to be installed in early 2021.

Councillor Cathy McEwan, Convener of Renfrewshire Council’s Infrastructure, Land and Environment Policy Board, said: “Cycling brings so many benefits for our wellbeing and for our environment and these two new routes will encourage more people to cycle and wheel for essential journeys during the Coronavirus pandemic.

“Both routes have been carefully considered, with parking and access maintained for local shops, and over four weeks we are engaging with local residents, businesses, schools and communities, sharing the developed designs and listening to feedback to improve and adjust each route to ensure they are welcomed and well-used.”

Full details of each route are available now on the Council’s Spaces for People cycle routes webpage and as the Bridge of Weir to Houston route has been added to the programme, an online survey is open until Sunday 20 December for more detailed feedback.

There are also webinars on each route being hosted by the design consultants, with the Bridge of Weir to Houston webinar at 7pm on Thursday 3 December and the Howwood to Paisley webinar scheduled for 7pm on Thursday 10 December. Anyone wishing to participate in either webinar can email ei@renfrewshire.gov.uk and they will be provided with the joining instructions.

Councillor McEwan added: “We are working hard to hear from anyone with an interest in these routes and are contacting local businesses directly to ensure we’ve considered their needs.

“These are the first routes we are bringing forward and next year we hope to share the developed designs for others. While they are temporary measures, if they prove popular then we can look at more detailed discussion and consultation to develop them into permanent cycling routes as it’s so important we enhance the active travel opportunities across Renfrewshire.”

The Spaces for People Fund is managed by Sustrans who give tailored support to successful projects to assist with the planning and delivery of the new temporary infrastructure.

Tim Aeberli, Infrastructure Coordinator, said: “Sustrans is delighted to see the delivery of the first two Spaces for People-funded pop-up cycle routes in Renfrewshire gathering pace. Bridge of Weir, Houston, Howwood, Johnstone, Elderslie and Paisley will benefit from safe, segregated links which will make it easier to walk, cycle or wheel while maintaining physical distancing.

“We look forward to hearing feedback on the proposed routes, and to find out how the new routes will support you for safe and active journeys to schools, workplaces and essential shops in your area.”

As part of the feedback process, residents, schools, businesses and communities are being asked for their opinions – as are key active travel organisations across the country.

Clare Skelton-Morris, Communications & Monitoring Manager at Cycling Scotland said: “During lockdown, we heard from so many people how much of a difference cycling was making to their health, enjoying cleaner air, quieter roads and reduced feelings of stress. As we continue to battle against Covid-19, getting outside and active is more important than ever to look after our physical and mental health.

“We’re encouraged to hear these safe cycling routes are being introduced in Renfrewshire and hope, longer-term, that these routes may be developed into permanent, protected and inclusive infrastructure, which is the highest priority to enable more people to cycle.”

For more information on the proposals, visit www.renfrewshire.gov.uk/SpacesForPeopleCycleRoutes