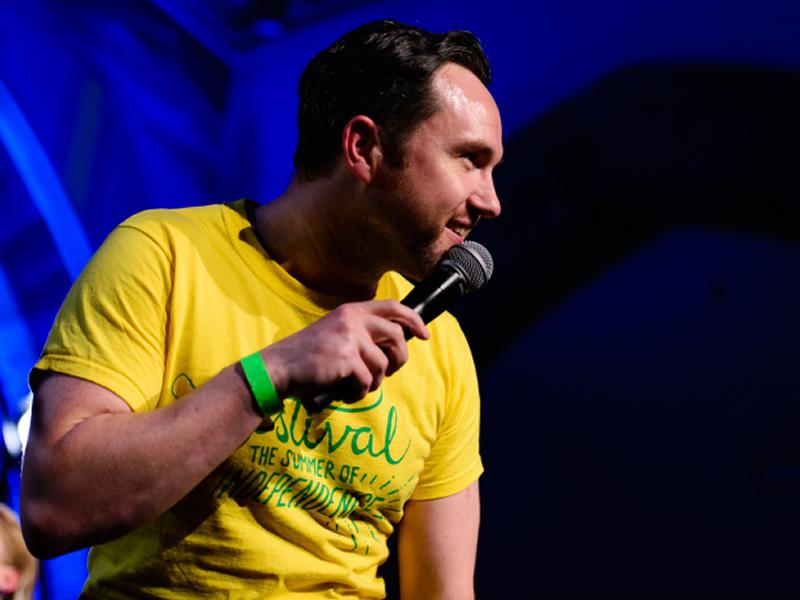 OAS will start the year with a renewed focus on creative learning and emerging artists with the launch of a new programme called ART WORKS – a series of workshops offering creative learning in the visual arts. These will be headed up by a group of professional visual artists from across Scotland. The workshops will be delivered in February and March and will be held in outer lying communities and areas of under-provision, including: Paisley, Cardonald, Langside and Anniesland. These quality workshops each last four hours and will be headed up by professional artists – benefits to participants include quality engagement, deep learning and transfer of skills. Art forms covered in the workshops include: drawing; painting; film-making; printing and print making; sculpture; jewellery making and photography.

The workshops will provide quality experiences and professional collaborations, with a distinct focus on communities and audiences from within the protected characteristics. The focus will be on young learners; school leavers and emerging artists and will assist participants with their skills gaps, building portfolios and professional development.

Theatres may still be closed but OAS are marching on with the delivery of THE PAISLEY SUITE – a series of six, new short monologues by Scottish writers inspired by the lives and experiences of Paisley care workers and people in care settings with a strong accent on mental health, wellbeing and creative aging. The monologues written by some of the country’s most talented writers, include: Alan Bissett for Teas and Tucks and Mr Connolly’s Last Vegas; Jack Dickson for The Registrar’s Last Entry; Lisa Nicol for Lovely Peas; Louise Welsh and Zoe Strachan for A Tale of Two Sisters and Oladipo Agboluaje, a London-based award-winning writer, for The Best Laid Plans.

THE PAISLEY SUITE monologues will be directed by Mary McCluskey, former artistic director at Scottish Youth Theatre, and designed by award-winning, Kenny Miller who has worked in theatre and opera, both nationally and internationally, and was formerly head of design at the Citizens’ Theatre; Miller has also worked at the Tron Theatre in Glasgow and Edinburgh’s Lyceum Theatre. Casting and production development begin in the new year the plan is to have the monologues recorded in Spring (March/April 2021). OAS hope to tour the productions to theatres in 2022.

Writing and development of THE PAISLEY SUITE monologues has been supported by Renfrewshire Council’s Cultural, Heritage and Events Fund, part of Future Paisley, and production with funding from The National Lottery through Creative Scotland’s Open Fund for Sustaining Creativity. Future Paisley, led by Renfrewshire Council and Renfrewshire Leisure with support from local partners, is a programme of economic, social and physical regeneration building on the work already done to use Paisley’s internationally-significant culture and heritage story to change its fortunes.

During Black History Month in October 2021, OAS will stage RECLAIMING BLACK PETER the story of Peter Burnett who arrived in Paisley in 1780 and was introduced to James Tannahill, father of Robert Tannahill, the poet. Peter was an unusual character, a Black American who was big, strong and flamboyant. He originally came to Scotland to work as a valet for a rich Glasgow merchant but the merchant’s business failed and Peter moved to Paisley to learn to be a weaver. He went on to become a successful weaver and became a popular and well-loved character in the area. When weaving took a downturn, Peter moved to Edinburgh before returning to Paisley to claim his high earnings but his fortunes took a bad turn when his friend, the poet Robert Tannahill, drowned in the Paisley canal – Peter dove in to rescue his friend but was too late.

RECLAIMING BLACK PETER will be written by Edinburgh-based, Afro-Caribbean writer, Apphia Campbell who will recreate Peter’s life in a new theatrical and poetical exploration of positive black male identity. The work will explore contemporary dandyism in black communities throughout the world – examining how men of African descent “defy stereotypes and monolithic understandings of masculinity”. The project is supported by Renfrewshire Council’s Great Places Scheme and through Creative Scotland’s Open Fund for Sustaining Creativity.

OAS have been laying the groundwork over the last two years for its East End Mural for McKerrell Street playpark. Led by local artist, Pete Stewart - who hails from Renfrew. Pete will create a mural in McKerrell Street with some community involvement in mid to late Spring 2021. The project has been supported by local partnership funding from Renfrewshire Council.

Commenting on the project, Pete Stewart said: “I am excited to be a part of the East End Mural project and looking forward to adding a splash of colour for the community.”

OAS Creative Director, Steven Thomson, commented: “2020 has been a very challenging year for all of us. It has given us a lot of time to think about the way forward for our organisation and we wanted to show the continued strength of Renfrewshire’s independent cultural sector by diversifying our offer. As a cornerstone cultural organisation in Paisley we still see our key job, as inspired by the Paisley 2021 City of Culture bid, to grow the local arts scene both digitally and physically. We have managed to raise £127k during lockdown which will support 4 staff, 31 artists and an arts programme across 3 seasons in 2021. OAS will keep its eye on Paisley and we hope audiences and communities will once again join us in celebrating the strength and creativity of Renfrewshire, in the spirit of Paisley 2021.”

Lorna Duguid, Multi-artform Manager at Creative Scotland said: "With a wide range of exciting work planned, including art workshops, theatre productions and more, this programme will celebrate the identity, history and experiences of Paisley’s local community through culture and creativity.

“During this time of disruption, it is more important than ever to develop strong connections with communities and create valuable opportunities for artists to connect with them. We'd like to thank National Lottery players whose support helps us fund projects, like this one, that make these connections possible.”

Councillor Lisa-Marie Hughes, Chair of Renfrewshire Leisure, said: “2020 has been difficult for many of our cultural organisations and I’m pleased to see Outspoken Arts have been able to progress with the development of The Paisley Suite monologues through funding from the Culture, Heritage and Events Fund as part of the Future Paisley programme. It’s important that Renfrewshire’s strong cultural sector is able to rebuild and I’m looking forward to seeing these performed in 2021.”