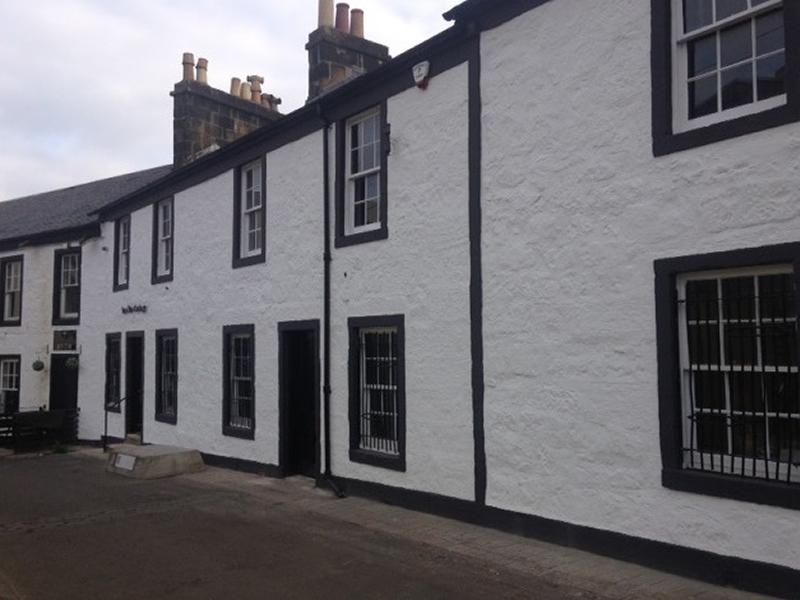 The Townscape Heritage/Conservation Area Regeneration Scheme (TH.CARS2) has been delivering a programme of building and outdoor streetscape improvements since 2017, and will run until 2022.

The project – funded and delivered by Renfrewshire Council with support from the National Lottery Heritage Fund and Historic Environment Scotland – covers a defined area within Paisley town centre around the High Street, New Street and Shuttle Street.

It includes grants for building owners to part-fund the costs of restoring and improving the town’s unique architecture. And the results of the team’s work throughout 2020 can now be seen at:

• a building repair project on the upper floors of the C-listed 41 High Street (above Right Way Credit Union), with major stone repair. A separate project will start in the new year and will improve the ground-floor shopfront;

• extensive improvements to the town’s much-loved Sma’ Shot Cottages – the volunteer-run museum and visitor attraction in Shuttle Street – recently repainted with conservation-grade paint along with repointing works, stone repairs, new doors and repairs to the windows, gutters and roof;

• a transformation of the outside of the Print and Copy It shop at 61c High Street, which replaced the previous shopfront with a new and much improved traditional-style one;

This is the fifth historic shopfront to be restored, with work already complete at 30 A and B High St (White Cart Co and Renfrewshire Witch Hunt Experience), 36 High St (the Shelter shop), and 44 High St (Uptown Barbers).

Work is also due to be completed to preserve and improve the historic streetscape in George Place – restoring the cobbled street by reusing original granite setts and kerbs and adding quality Caithness paving.

Further improvements to other historic buildings and shopfronts are planned for next year.

Running alongside the building-improvement work is a programme of cultural and educational activity aimed at raising awareness of the town’s heritage, including a schools weaving project, a documentary on Paisley’s Mill Girls, and a drama project on Paisley’s role in the 1820 Radical War.

The current TH.CARS work follows a similar scheme which saw major improvements to buildings and streetscape in the Causeyside Street area between 2009 and 2016.

Renfrewshire Council Leader Iain Nicolson said: “Paisley town centre’s architectural legacy is one of the finest to be found anywhere in the country, with Scotland’s second-highest concentration of listed buildings.

“The TH.CARS2 scheme has been doing great work to preserve that by helping owners bring historic buildings which have fallen into disrepair back into use, while improving the look of others by restoring original architectural features.

“That investment has two more years to run and will help make the town centre a more attractive place to live, work and invest during what we know has been a challenging time for traders.

“It is great to see a number of projects have been completed in recent months and I look forward to seeing more go on site over the next year.”

For more information on the project, see www.renfrewshire.gov.uk/THCars2