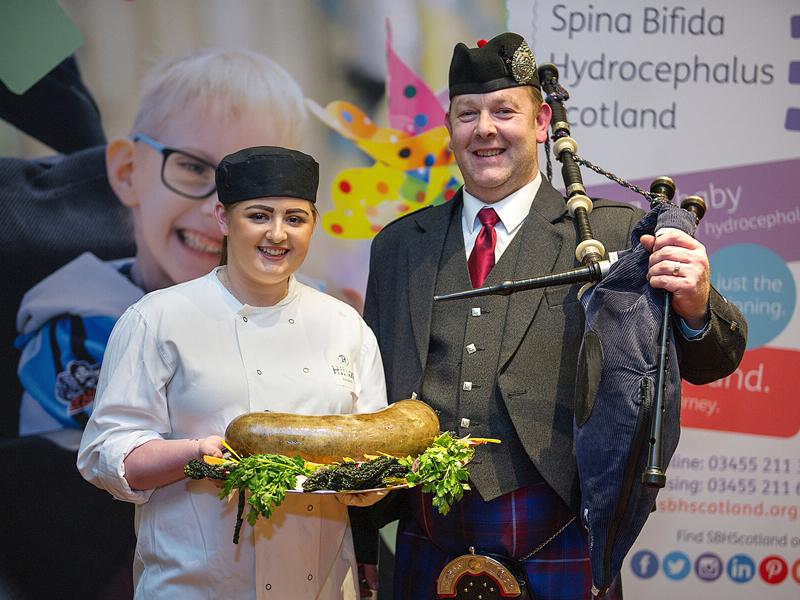 The charity, which for the last 30 years typically welcomes up to 800 people to its annual ‘A Question of Burns’ event in Glasgow, raising over £1million as a result, is now set to take the festivities online. The digital event will be streamed globally and SBH Scotland hopes it will be the most watched Burns event in the world.

Although online, viewers can expect all the trimmings of a traditional Burns evening. The Address to a Haggis will feature alongside the main tribute to Burns, the Immortal Memory, recited by Comedian Bruce Fummey. Funny-man, and host of the event, Fred MacAulay, delivers the Toast to the Lassies as Janey Godley, who became a social media sensation after creating parody videos of Nicola Sturgeon during lockdown, will then give the reply.

Janey Godley said: “Scotland might be back in lockdown, but that shouldn’t stop us from celebrating the life of one of our greatest ever treasures. We have some fantastic acts lined up who will be bringing some much needed cheer during these difficult times, all while raising vital funds for a very important cause.

“The online event is free to attend and I am looking forward to joining my fellow Scots around the globe for what we hope will be the world’s biggest Burns Supper.”

The virtual event, which has only been made possible through the support of Scottish businesses Grant’s Haggis and Endura Cycle Apparel, is free to attend, with donations encouraged through the silent auction and raffle. The event is also supported by EventScotland through Scotland’s Events Recovery Fund.

Deborah Roe, Fundraising Director at SBH Scotland, said: “Although we are disappointed not to be celebrating our 30th anniversary with a grand black-tie event, taking the festivities online allows us to greatly expand our reach. There are Scots living all around the world who, given the current global challenges, may too be unable to celebrate this iconic day with a traditional Burns feast.

“We are working with partners across the globe to bring our virtual experience to as many people as possible. The world’s largest ever ‘in person’ Burns supper had 900 guests, and we hope that through the power of digital technology we will reach many more.

“We have also received a significant amount of support already from Grant’s Haggis and Endura, as well as several other companies joining us as sponsors. It is only with their help that we are able to bring the excitement of Burns to people all around the world.”

SBH Scotland has supported people and their families affected by spina bifida and hydrocephalus for more than 50 years. All proceeds raised on the evening will go towards supporting children, young people and adults affected by the lifelong conditions. SBH Scotland receives little statutory support and relies almost entirely on donations to deliver specialist services to its 3,500 members.

Deborah Roe added: “2020 was a difficult year for everyone, but it was particularly challenging for those already in need. Our organisation, like many others in the third sector, has seen a significant drop in fundraising, and we are predicting an annual loss of nearly £500,000.

“We need support now more than ever and hope that this exciting new event will help raise vital funds for our charity.”

To help raise awareness of the virtual experience, Grant’s Haggis has printed the details of the event on all cans of their premium haggis and will make a donation to the charity for each special can bought through their online store. Whilst international cycling clothing brand Endura will use their own communication channels to encourage all their customers to get involved.

SBH Scotland’s 2021 Burns Event will go live at 7pm on Monday 25 January 2021 on its YouTube channel www.youtube.com/user/ScottishSpinaBifida and Facebook channel www.facebook.com/SBHScotland/. The pre-recorded programme will also be available to view for one week.

To find out more about the event, visit www.sbhscotland.org.uk/burns