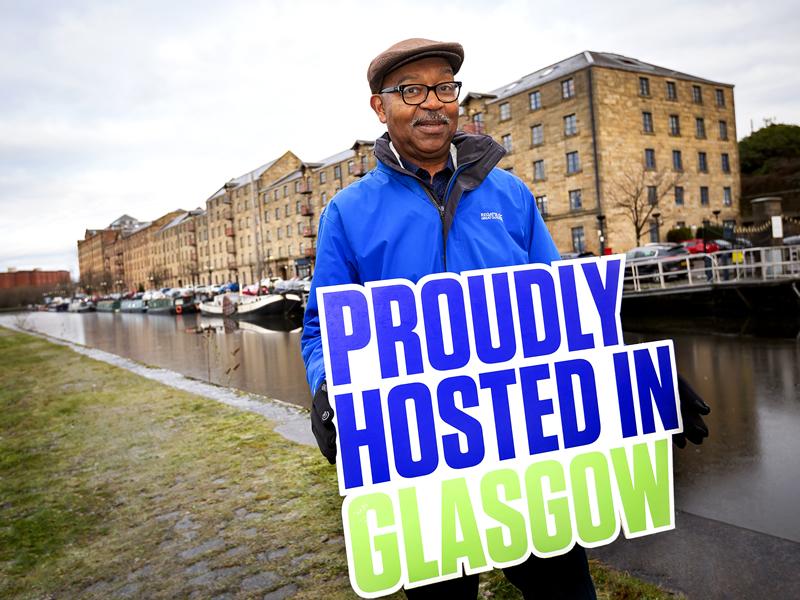 The UK will host the international summit at the Scottish Event Campus (SEC) in Glasgow on 1 – 12 November 2021 and Glasgow City Council is looking for a team of around 1000 volunteers to support the staging of this globally significant event.

Anyone interested in volunteering is invited to step forward and submit their application at www.ukcop26.org/volunteer. Applications are open now until Wednesday, 31 March.

These vital climate talks are expected to bring together the largest gathering of heads of state ever hosted in the UK, alongside climate experts and campaigners, to agree coordinated action to tackle the climate emergency.

A variety of volunteer roles will be available in both Glasgow and Edinburgh, including providing information on the conference and the venues, supporting delegates staying in and travelling around the city, and promoting the best of what Glasgow and Scotland has to offer.

Leader of Glasgow City Council, Councillor Susan Aitken said: “Glasgow has firmly established itself among the best in the world at hosting world-class events and volunteers have long been at their centre. Our COP26 volunteers will provide delegates and visitors with our world-famous warm Glasgow welcome, ensuring they have the best possible experience.

“We are proud to be staging COP26 and I would encourage anyone interested in grasping this opportunity to step forward and be part of our volunteering team. You will be joining a collective of people who share your enthusiasm for the event, the cause and our vibrant city.”

COP26 President Alok Sharma said: "Time and time again we see the generosity of the great British public in making global events a triumph, and we are asking you to play a part in making COP26 a huge success.

“This is an exciting opportunity to volunteer in Glasgow and help us all tackle climate change.”

Ahead of taking on their roles, volunteers will receive a workshop on sustainability from the UN and be given the training and tools required to carry out their roles successfully and confidently.

As part of the recruitment launch, local volunteering ambassadors from across the city have stepped up to be the face of the campaign and encourage others to get involved.

They spoke about their experience of volunteering and its many benefits, including gaining valuable life and career experience and new skills, meeting new people, having fun and feeling part of a community.

Proud Glaswegian Karen Donaldson from Cardonald, who has volunteered at the Glasgow 2014 Commonwealth Games and Glasgow Doors Open Day, said: “Being part of the volunteering programme is a cracking opportunity to represent your city. Through volunteering I’ve learned so many things and met so many people.

“Volunteering at COP26, in particular, will be a once-in-a-lifetime chance so for anyone thinking of applying, my advice would be: do it! Event volunteering is such a buzz, you get so much from it and it opens your mind. There’s also a community spirit among all the volunteers. You’re joining people from all walks of life and it gives you a warm feeling to know you’re part of that team.”

Scott Twigg of Govanhill, who is originally from Liverpool and has lived in Glasgow for five years, shared his reasons for getting involved: “I’m very passionate about climate change so the COP26 volunteer programme is a fantastic opportunity for me to follow that passion and represent the city I love and call home, to an international audience.

“Whether you want to have new experiences, learn new skills or represent your city, I recommend you take this opportunity to be involved in a collective, collaborative effort in Glasgow and make it your own. It’s a really exciting thing to be part of and I personally hope to come away with a fantastic experience that I’ve learned from and can use in the future.”

COP26 was postponed by a year to November 2021 to allow time to deliver a successful summit while the world tackles the pandemic. Organisers’ intent remains to hold the summit in person, with Glasgow as host city, whilst putting the health and wellbeing of all involved at the centre of any future decisions on the event.

Apply now to be a COP26 volunteer at www.ukcop26.org/volunteer. Applications close Wednesday, 31 March 2021.