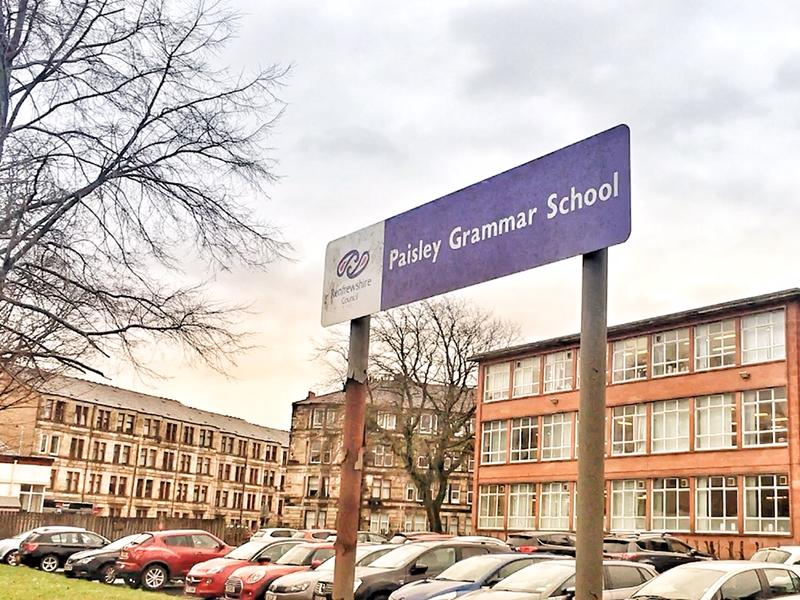 At the recent Education and Children’s Services Policy Board (Thursday 21 January), councillors agreed to the move the school to land formerly home to Chivas after considering officer’s recommendations and the consultation responses from parents, pupils and the wider school community.

The consultation, which took place in September and October last year, showed an overall support for the proposals. Consultation responses were received through an online survey, letters, and two virtual public meetings – with the responses published on the council’s website.

Officers from Education Scotland also examined the consultation and concluded that the proposal 'has clear educational benefits' and 'the potential to provide a high-quality learning environment'.

Councillor Jim Paterson, convener of the Education and Children's Services Policy Board, said: “Making sure all pupils have the best learning environment possible is a big priority for us. It’s clear that the current Paisley Grammar School building isn’t able to provide the modern facilities that pupils need, so It is fantastic news that proposals to move the school to a purpose-built new community campus has now been approved.

“I know many people are incredibly fond of the Paisley Grammar School building and I can assure you that we want the building’s heritage to be maintained after it stops functioning as a school.

“I would like to thank everyone who took part in the public consultation last year and can assure you all views expressed have been taken into account.”

The new community campus will move pupils and staff to a modern facility with outdoor areas, state-of-the-art technology, and high-quality media, drama and sports facilities not possible on the current site.

It was confirmed in December that Paisley Grammar was one of 25 schools across Scotland to receive funding from the Scottish Government's £1bn Learning Estate Investment Programme, which - along with money already set aside by the council - would help fund the new building.

Council officers will now start work on the next stages of this project, which will include working with all concerned on traffic management – a concern raised in the consultation.

The Council took ownership of the bulk of the former Chivas site in Paisley in December 2020 and as part of site preparations, is seeking specialist advice from architects to determine if it should retain the main office building, which was built in 1964, in line with the school campus development.

It is estimated that the earliest a new community campus will be completed is 2025.