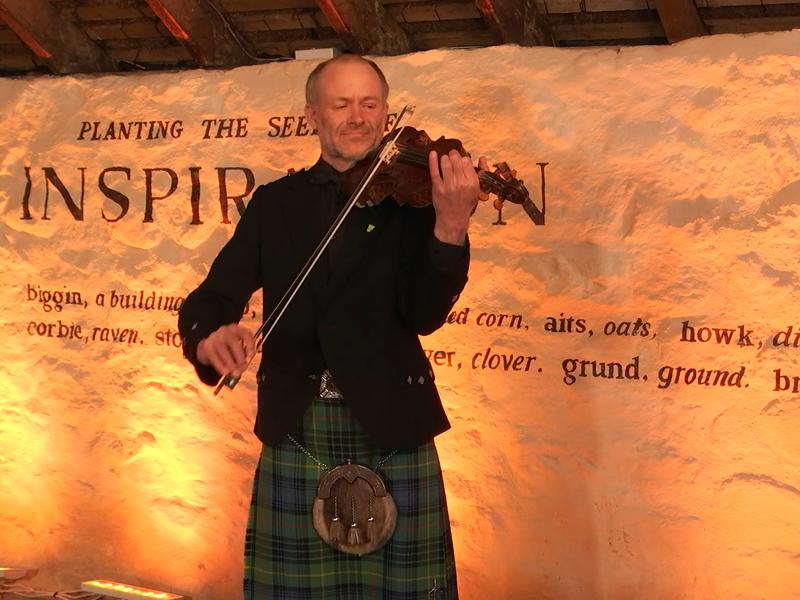 Viewers from all around the world tuned in to Burns Cottage on Saturday as conservation charity The National Trust for Scotland hosted its first ever virtual Burns night. The Alloway cottage is owned and managed by the Trust and is the place where Burns was born over 260 years ago. It was also the site of the first Burns Supper in 1801 making 2021 the 220th anniversary of the event which is now celebrated around the world by around nine million people.

Over 2,600 tickets were sold for the Burns Big Night In, hosted by DJ and presenter Edith Bowman. Broadcast live from Burns Cottage, the event featured a mix of music, song and poetry as well as conversation about his life, work and legacy.

While the majority of virtual attendees were in the UK, Burns fans logged in from around the world with viewers in the USA, Canada, Australia, Denmark, Singapore, Norway, Spain, Germany, South Africa, Belgium, Ireland, Switzerland, Israel, Cyprus, Sweden, Finland, Hong Kong, Bahrain and Austria.

Messages of support came throughout the night including Culture Secretary Fiona Hyslop Tweetingnational trust for scotland
saying how much she enjoyed the event saying: “Well done National Trust for Scotland, a great contemporary but heritage and culture rich celebration of the works of genius of Robert Burns, as an Alloway lass I’m very proud.”

One viewer even took to verse to praise the night saying:
“Covid came to us all last year,
It changed our lives and gave us fear!
We thank Edith and the National Trust,
For celebrating Rabbie, cos thats a must!”

Mark Bishop, Director of Customer & Cause at the National Trust for Scotland said: “The Burns Big Night In wasn’t just the largest virtual event we’ve ever done but the biggest Burns night we’ve staged. To have so many people around the world share our passion for Burns was phenomenal and it shows that in these extraordinary times the desire to come together and celebrate the things we love about Scotland is stronger than ever. The money raised from the event will continue the work we do such as the rethatching of Burns Cottage and repairing and restoring Burns Monument. And for that, as Burns might say, we’re thankit.”