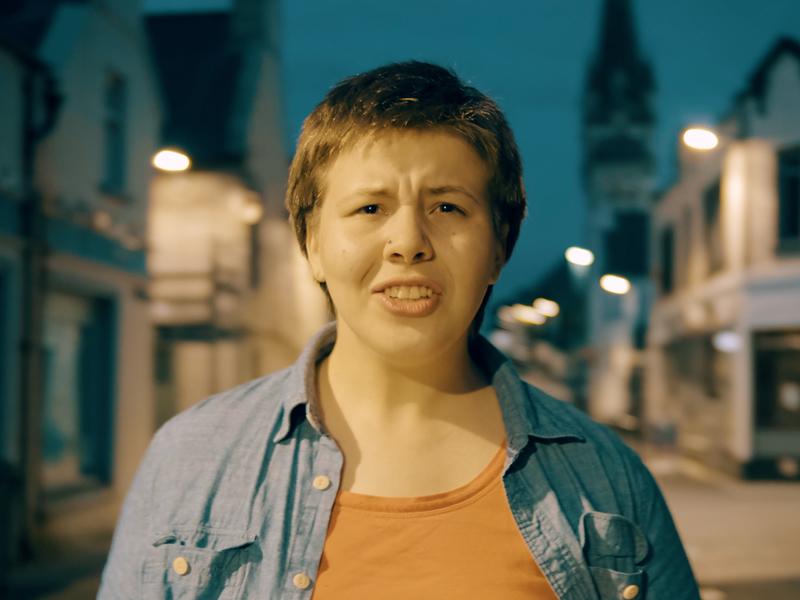 Produced by the National Theatre of Scotland, in association with BBC Scotland, Screen Scotland, BBC Arts’ Culture in Quarantine project, An Lanntair and Studio Fir Chlis with support from Hopscotch Films.

Danni the Champion is a powerful short drama from writer Iain Finlay Macleod, focussing on Danni, a teenager frustrated with her slow-paced island life.

The short film, directed by Laura Cameron-Lewis from new Isle of Lewis based production company Studio Fir Chlis, has now been selected for screening at seven international film festivals to date. The film was shot on location on the Isle of Lewis and is performed by Stornoway actor Francesca Taylor Coleman making her professional debut. The film features both English and Gaelic.

Young Danni isn’t like the other girls in town. She’d rather be watching drag races down at the airport or tearing about behind the wheel of her brother’s car, Lynyrd Skynyrd tunes blasting on the stereo. Showing the audience her life on the island and how stifled she feels by her passive-aggressive parents, she dreams of hitting the road and showing everyone what she can do.

Director, Laura Cameron-Lewis, says: ‘I’m really thrilled to see such a great response to the film, it was such a meaningful piece for us, so it’s great to see it taking off like this. It excites me so much to think of Australians on Bondi Beach right now, looking in on Stornoway harbour! It’s an honour to be selected for these awards and festivals such as the 59th Ann Arbor Film Festival, and to know that for an international audience there’s an interest in experiencing the language and life of a young Gael in the Hebrides.’

Danni the Champion was originally part of Scenes for Survival, the acclaimed online season of short works created by the National Theatre of Scotland in response to the ongoing COVID-19 outbreak. 55 short films were released across BBC platforms from May to September 2020, achieving over 17 million audience views to date.

Danni the Champion can be viewed here on BBC iplayer
www.bbc.co.uk/programmes/p08qw6f3

and here on the National Theatre of Scotland website along with an accompanying BSL intro video and an audio described version.
www.nationaltheatrescotland.com/latest/danni-the-champion

***** ‘Visually thrilling and pulsing with humanity. Danni The Champion is a gorgeous piece of work…gender, identity, hope and despair’ Joyce McMillan, The Scotsman

***** ‘Sparkling and challenging…an explosion of images and settings…a brave and fun performance from Francesca Taylor-Coleman’ Liam Offord, A Younger Theatre