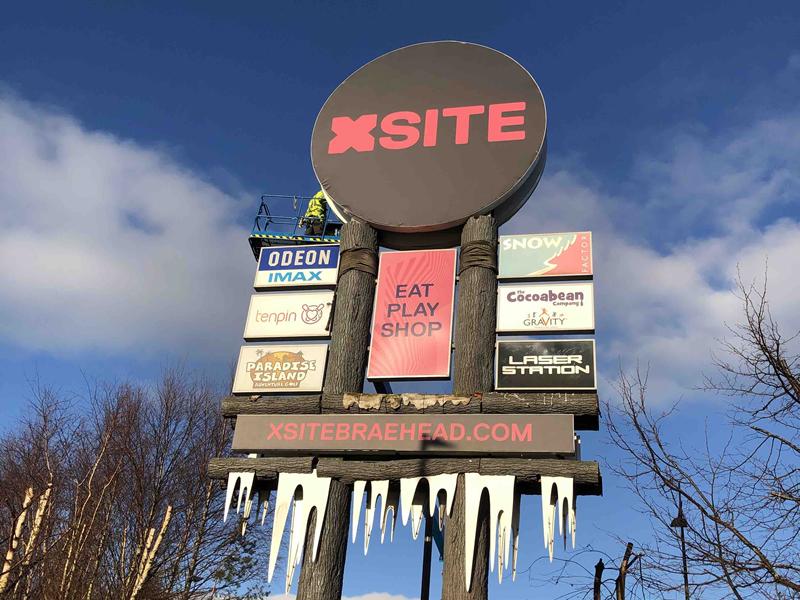 Rosalind Gibson joins as marketing manager, bringing with her five years’ marketing experience within the fashion and retail sector. Joining her, Lynne Keenan, who has recently been appointed by MAPP as executive director, head of Scotland property management, will oversee the day to day running of the centre. An experienced property manager, Lynne boasts a wealth of property knowledge after over three decades in the industry.

The news follows the appointment of property management specialist, MAPP, in October 2020 and its subsequent rebrand in December.

Rosalind will be focusing her efforts on the centre’s retail and leisure offering, while ensuring it continues to deliver a safe and enjoyable environment for guests to visit and remains one of Scotland’s top leisure destinations.

Explaining more about her role and her future plans for the centre Rosalind, said: “XSite Braehead has played a key role within the community for over 14 years and it’s fantastic to be joining the team. So many visitors will no doubt have fond memories of the site over the years whether that’s memories of family days out or spending time with lifelong friends.

“With community at the heart of the centre’s operation, it is my goal to continue to work closely with local suppliers and retailers to ensure Braehead, and the surrounding areas, are well represented here among the rest of our fantastic retail and leisure mix.

“I’m thrilled to have been given the opportunity to support XSite Braehead through its next phase, and I look forward to when we can re-open our doors to visitors so they can get back to having some fun once again at the centre.”

Working alongside Rosalind at XSite Braehead, Lynne will be managing and overseeing the property management in conjunction with asset manager, APAM. In her role she will be driving the business forward, working closely with the on-site team and managing relationships with occupiers.

Commenting on her appointment, Lynne Keenan, added: “I’m delighted to have joined the team at such an exciting time, not least because the centre has just undergone such an impressive rebrand. The pull of the centre is geared towards a diverse mix of leisure, retail and food and drink offerings, with the allure of Scotland’s first indoor climbing centre, the country’s only indoor ski slope and an indoor ice climbing wall – to name a few.

“I look forward to working alongside Rosalind and the centre’s knowledgeable team to continue to deliver the best possible experience for our visitors.”

To find out more about XSite Braehead, visit the website www.xsitebraehead.com.