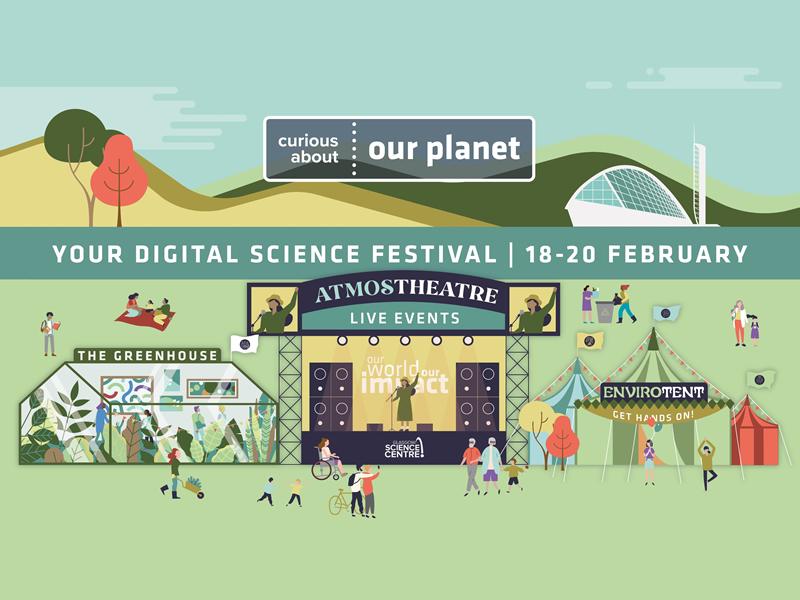 Held between the 18th and 20th February, Curious About Our Planet is the online version of Curiosity Live, a regular science engagement event that has been held at Glasgow Science Centre (GSC) for the past few years.

The event has evolved into an online festival due to the pandemic and has been designed to help people of all ages engage and be inspired by the latest research happening around Scotland and the UK.

“Climate change will have an impact on everyone and Curious About Our Planet invites us to explore the science of it as well as reminding us of the beauty of our planet, all from the safety and comfort of home”.

Curious About Our Planet is a free event, but registration may be required for some events. The festival is being delivered with support from the Inspiring Science Fund provided by Wellcome, UKRI and BEIS. It is also part of Our World Our Impact, Glasgow Science Centre’s climate change programme which is in partnership with the Scottish Government.

To find out more about the full festival programme, visit curiousabout.glasgowsciencecentre.org