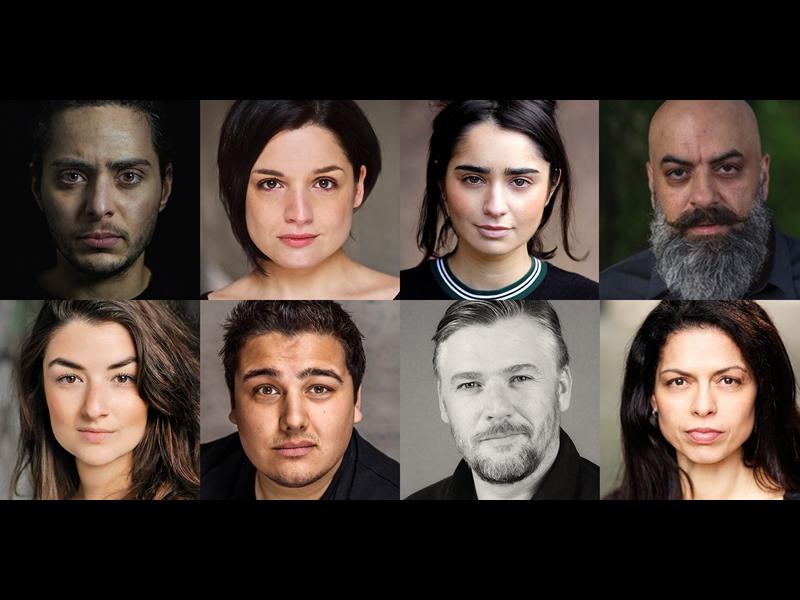 Broadcast as part of BBC Arts ‘Lights Up’ for New Culture in Quarantine Season on BBC iPlayer and BBC Four and will premiere on BBC Scotland in early March 2021.

Inspired by the life of Adam Kashmiry, Adam tells the remarkable story of a young trans man and his struggle across genders and borders to be himself. Originally a multi-award-winning stage play, Adam has been reinvented as a compelling, theatrical on-screen drama, presented by the National Theatre of Scotland and Hopscotch Films. Adam Kashmiry performs, as himself, in the leading role.

Born in Egypt, Adam was assigned female at birth but always knew he was a boy. Trapped, with no way to describe this feeling, in a deeply conservative society where falling in love with the wrong person can get you killed, he knew that he had to escape. With a borrowed laptop he typed in a question: ‘Can the soul of a man be trapped in the body of a woman?’ What followed was beyond Adam’s wildest dreams. A catalyst to begin the epic journey for the right to change his body, to the boy he knew himself to be.

Written by playwright and dramatist Frances Poet, and reworked for the screen, the hour-long drama focuses on Adam’s isolating experiences in a Glasgow flat while awaiting a decision on his asylum claim. Trapped in a Catch 22 where he cannot prove his need for asylum as a trans man until he transitions but is unable to start transitioning until he is granted asylum, Adam is left alone to wrestle with his conflicting thoughts and feelings as every waking moment sees him haunted by figures from his past and present.

The on-screen version is brought to life by directors Louise Lockwood and Cora Bissett, as well as the stage production star Adam Kashmiry whose life story is at the heart of the drama.

The drama features a virtual online trans world choir, brought together for the original award-winning stage production. They appear together on-screen singing Jocelyn Pook’s epic choral original score. Jocelyn Pook is widely known for her score for the film Eyes Wide Shut. She has worked with some of the world’s leading artists, and arts institutions including Stanley Kubrick, Martin Scorsese, the Royal Opera House, BBC Proms, Massive Attack and Laurie Anderson.

Adam first premiered in a National Theatre of Scotland production at Edinburgh’s Traverse Theatre in 2017 as part of the Edinburgh Festival Fringe. Since its award-winning opening run, the production has visited venues across the UK, including a run in London as part of the Battersea Arts Centre’s Phoenix Season, as well as an international engagement at New York’s Skirball Festival in 2019. A one-man version of Adam performed by Adam Kashmiry premiered online at The Shedinburgh Fringe Festival in 2020.

The on-screen adaptation is produced by the National Theatre of Scotland and Hopscotch Films and commissioned by BBC Scotland and BBC Arts. All organisations previously collaborated on the National Theatre of Scotland’s hugely successful Scenes for Survival series, which saw 55 dramatic shorts created in isolation by over 200 leading artists and creatives in response to the COVID-19 pandemic.

Find out more at www.nationaltheatrescotland.com and join the conversation: #NTSAdam