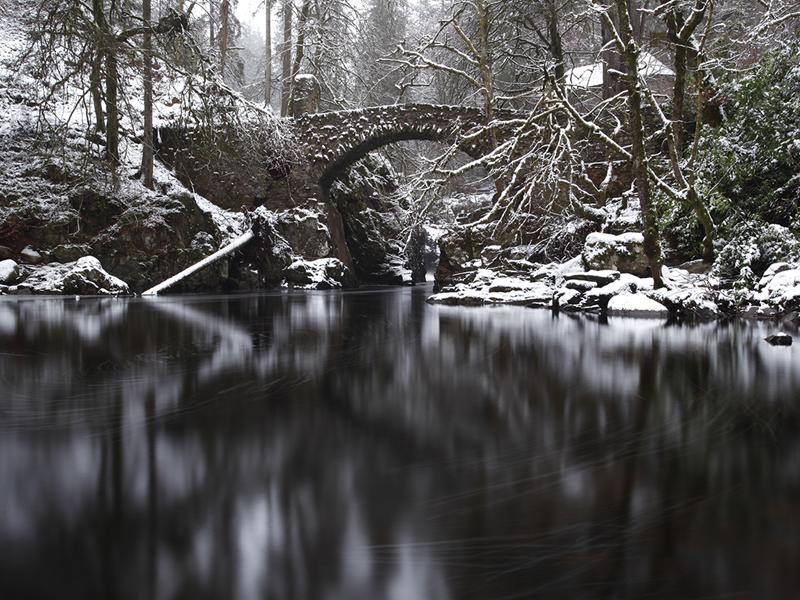 Stunning strolls right on your doorstep on Valentine’s Day

Love in a pandemic climate means that Valentine’s Day will be very different in 2021.

Candlelit dinners in restaurants, days on the town, trips to the cinema, shows and concerts, one by one we have chalked off all of the tried and trusted favourites as we’ve planned for a day spent in lockdown.

The pandemic has inspired are plenty of alternatives and some of us will receive cook at home kits and special deliveries from our favourite haunts, which are always best eaten after a long walk. And, if anything, the recent snowfall – which is expected to continue this weekend – will make our favourite scenic strolls even more beautiful.

The National Trust for Scotland has, over the past 12 months, reported record visitor numbers at the natural locations it cares for across the country. Scotland’s national conservation charity has urged people to stay within their areas during lockdown and, with their castles and built properties currently closed, look to the gardens, parks and hills in their local area.

Here we pick out Scotland’s best romantic walks, area by area, across the country.

ANGUS: HOUSE OF DUN & MONTROSE BASIN NATURE RESERVE
The garden and estate at this grand Georgian House are open. The house, shop, tearoom and toilet facilities remain closed during this latest lockdown. Montrose Basin is a short distance from the house and offers further spectacular walks for visitors. The tidal basin, which makes up part of the estuary of the River South Esk, is home to over 80,000 migratory birds and you should keep an eye open for otters, roe deer and red squirrels along the way.

ABERDEENSHIRE: DRUM CASTLE
One of Scotland’s oldest tower houses is surrounded by sprawling grounds and the Old Wood of Drum, which has oak trees dating from the 1700s. The Royal Forest and Tower of Drum were actually given to the former owners, the Irvine family, by Robert the Bruce in 1323 and it is a property closely connected with the Jacobite story. When walking the ancient oak forest, you may be lucky enough to spot red kites, roe deer, red squirrels and badgers.

ARGYLL AND BUTE: CRARAE GARDEN
One of the jewels of Argyll and Bute and the finest example of a Himalayan-style garden in the UK. The peaceful paradise has a gorge, rippling burn, waterfalls and cliffs and has a different look all year round as each new season brings fresh blooms. Crarae Garden is open daily and an accessible toilet is available at the property.

CLACKMANNANSHIRE: DOLLAR GLEN
The path takes you up through woodlands, past the Burns of Care and Sorrow, which plunge down tumbling waterfalls. Overlooking this peaceful glen stand the ruins of Castle Campbell, the 15th-century stronghold of Clan Campbell. Dollar Glen has been declared a Site of Special Scientific Interest, due to its habitats and geology and it stands as a beautiful sanctuary, tucked away in the shadow of the Ochils.

DUMFRIES AND GALLOWAY: ROCKCLIFFE
Often described as one of Scotland’s most beautiful stretches of coastline, Rockcliffe also has a bird sanctuary on Rough Island, which can only be reached on foot at low tide and a lost citadel at the ancient hilltop, Mote of Mark. Dogs are welcome but must be kept under close control and visitors should watch for nesting birds and livestock grazing in the meadows.

EAST LOTHIAN: NEWHAILES
You can still enjoy woodland walks and stroll along the historic paths recently uncovered by National Trust for Scotland staff and volunteers. Newhailes also offers beautiful views across the Forth. The estate spans across 34 hectares of historical landscape and has numerous paths and walks for visitors.

CITY OF EDINBURGH: MALLENY GARDENS
A hidden treasure amid the suburban bustle of Scotland’s capital, Malleny Gardens is renowned for its peaceful atmosphere. Stepping inside the iron wrought gates, you can leave the world behind, wandering among 400-year-old yew trees. The garden is a sight to behold when it’s collection of roses in full bloom, but a joy whatever the time of year.

FALKIRK: THE PINEAPPLE
This extraordinary folly remains one of Scotland’s most unusual buildings. Built in 1761 by the Earl of Dunmore as a summerhouse and has stunning views across his old estate. Today the Pineapple remains surrounded by acres of woodland and you can spot the local wildlife down at the former curling pond.

FIFE: HILL OF TARVIT
Originally known as Wemyss Hall, the 17th century mansion and grounds were transformed in 1904 by owner, Frederick Sharp. He commissioned architect Robert Lorimer, who also designed the landscaped gardens, with formal lawns, yew hedging, flowering borders and a sunken rose garden. The property includes a 9-hole hickory golf course, but this remains closed at this moment in time.

GLASGOW CITY: POLLOK HOUSE
‘Scotland’s Downton Abbey’ remains closed, but the surrounding country park is a sanctuary within the city. You can also stroll along White Cart Water, south of the house and say hello to some of Glasgow’s best loved residents, the park’s herd of Highland Cows. If you are feeling adventurous, Pollok Country Park also has cycle tracks and more rugged trails for mountain bikers.

PERTH AND KINROSS: THE HERMITAGE
A truly magical place. Visitors can stroll beneath giant Douglas firs, which are among the biggest trees in Britain, along the River Braan, past the Ossian’s Hall folly and look out over the crashing Black Linn Falls. And there is adventure in the woods. Keep an eye open for the ‘hidden’ totem pole, tucked away between the trees.

SOUTH AYRSHIRE: CULZEAN CASTLE
The castle’s vast country park, the walled garden, Adventure Cove and toilet facilities at Home Farm are open Thursday to Monday. The castle itself remains closed until further notice. There remains so much to explore and you can lose yourself for hours, wandering through woods, along beaches, parkland and cliffs. And you can still say hello to some of Culzean’s most famous residents down at the Swan Pond or at the deer park.

You can find all of the National Trust for Scotland’s walks and locations that are in your local area on their website: nts.org.uk. Simply visit the charity’s website, search for your town or postcode and plan your next big adventure – right on your doorstep. You can also find the Scottish Government’s latest advice on Covid-19, travel restrictions and safety measures here.