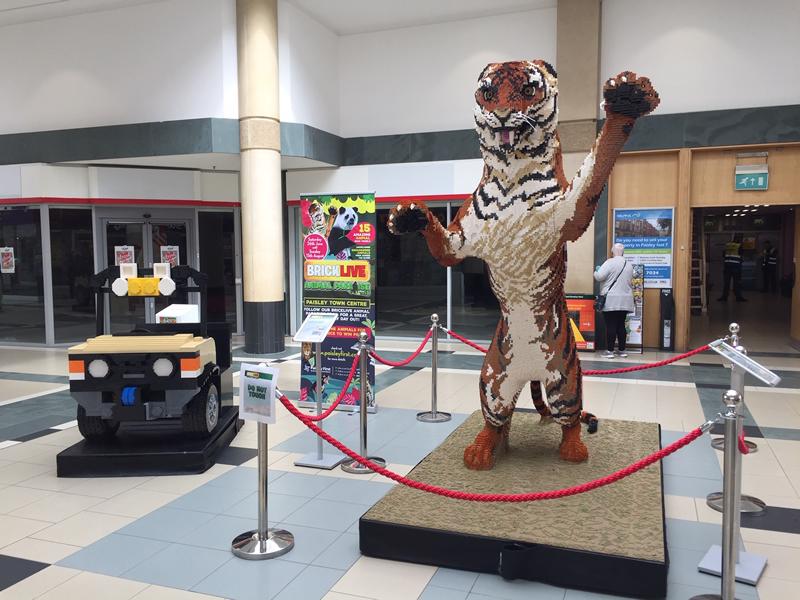 What will your intrepid voyagers find first the Bengal Tiger, the African Lion, the Penguin, Dolphin or the giant Panda?

Find all 15 models for your chance to enter our free prize draw!

And for those feeling extra adventurous, why not search for our hidden animal, Ginger the Giraffe, who will be touring the town centre throughout the trail check our social media and website www.paisleyfirst.com for clues as to where Ginger may be hiding!

Plus don't forget to send us your selfies from the two selfie zones and you could make our Wall of Fame!

Trail leaflets will be available from the leaflet racks in both of the Piazza Shopping Centre and also the Paisley Centre as well as town centre businesses.

Once you’ve had fun with our trail, we have a wide range of great shops and an abundance of fantastic food and drink venues, catering to every taste and budget, where you can have a well earned rest!

Plus Paisley is Paw Friendly so no need to leave your four leg ged friend at home!

Looking for a fun free day out for all the family this summer, Paisley town centre is the place to be!