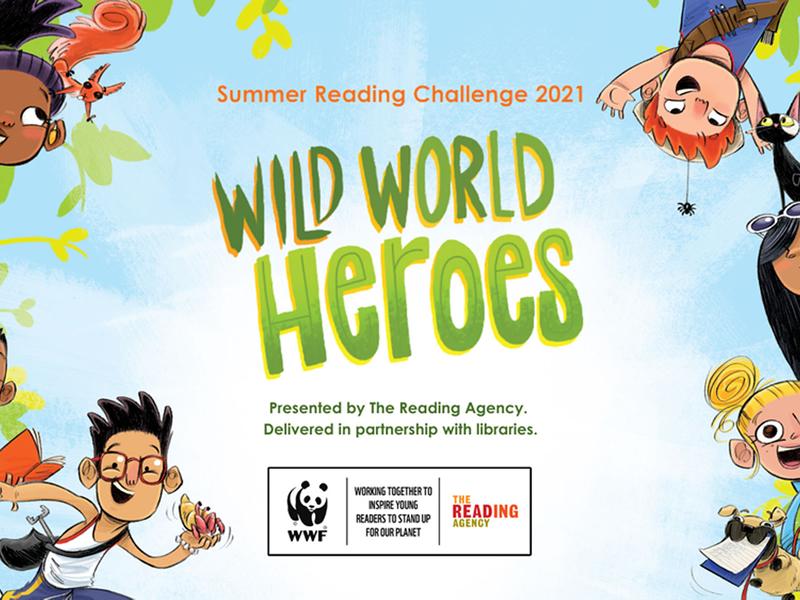 When they sign up for this year’s Summer Reading Challenge at any Renfrewshire library, they can also find out how they can help to save the planet and receive a colourful poster pack with stickers.

This year’s Reading Challenge theme is Wild World Heroes and local libraries have partnered with the Reading Agency and WWF – one of the world’s biggest nature conservation charities – to give children between the ages of four and 11 an exciting summer of reading and fun activities that are centred around environmental issues.

There’s also the chance to learn even more about the nature with access to a Wild World Heroes online platform.

Youngsters are being asked to read six books during the summer holidays to complete the challenge and when they do, they’ll be entered into a prize draw to win cinema tickets thanks to local IT consultancy, Consilium.

When youngsters are halfway through the challenge having read three books, they’ll receive a free swim pass from Renfrewshire Leisure.

Andrew Givan, Renfrewshire Libraries’ Children and Young People Co-ordinator said: “We’re thrilled to be welcoming children back to our libraries to take part in this year’s Summer Reading Challenge.

“It’s a really exciting challenge this year with lots of reading and activities about the environment the children can take part in.”