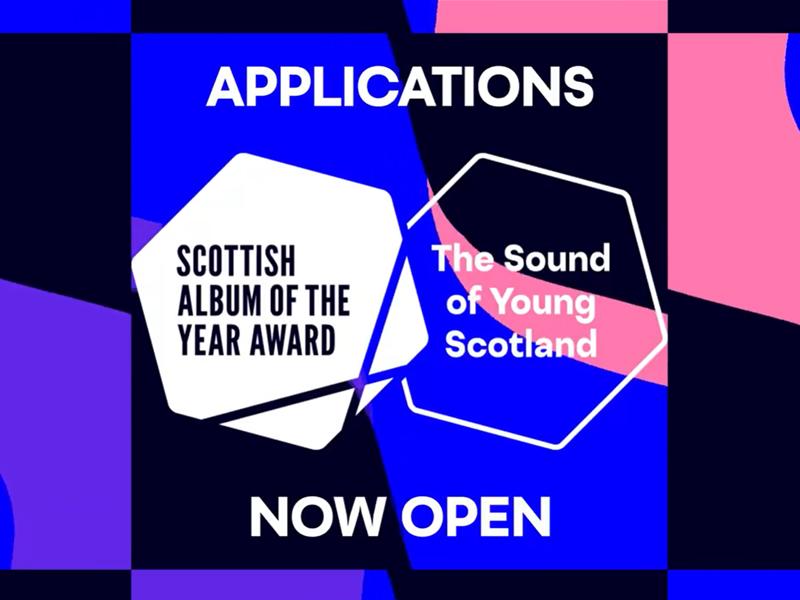 Today, the Scottish Album of the Year (SAY) Award announces that applications are now open for The Sound of Young Scotland Award; a brand-new award supported by Youth Music and the Youth Music Initiative. Emerging Scottish artists will now be able to apply to win up to £5,000 funding to facilitate the creation of their debut album. Artists can apply from 00.00 on Friday 23rd July 2021 until midnight on Friday 13th August via www.sayaward.com/thesoundofyoungscotland

A new accompanying award to the main album of the year prize, the Sound of Young Scotland Award aims to drive the future of Scotland’s music scene by annually awarding a young, emerging artist. The winner will be chosen by a panel of previous SAY Award Nominees and receive up to £5,000 funding to cover costs relating to the production of their debut album, such as producing, studio rentals, engineers, mixing, mastering, recording expenses and more. The winning artist will also receive a bespoke art prize from The SAY Award Design Commission, plus a showcase slot at 2022’s final ceremony; performing in front of the biggest and best in Scotland’s music industry.

Following a year in which the Scottish music industry faced challenges such as Covid-19 and Brexit, Scotland’s national music prize has committed to financially supporting the continued creation of outstanding Scottish albums, ensuring the country’s music scene continues to evolve and thrive in the current climate and encouraging a new generation of promising young artists to make their mark.

Artists must be 25 or under to apply (in a band, the primary songwriter(s) must be aged 25 or under, and all members should be under 30 years old). They must not have previously released an album and must have made Scotland their creative base for at least the past 3 years. View full eligibility and prize information at www.sayaward.com/thesoundofyoungscotland

The Scottish Album of the Year Award has seen over 300 eligible albums submitted for 2021’s main award, an outstanding achievement for artists who released their albums during a year of lockdowns and the absence of live music. Nominators will now rank the albums in order of preference, before the 20-strong Longlist is announced on Thursday 16th September. Listen to all of 2021’s eligible albums here.