Fundraising for hospital charity will be just magic!

Big-hearted bosses at Braehead shopping centre have come up with a wizard way of raising money for Glasgow Children's Hospital Charity! 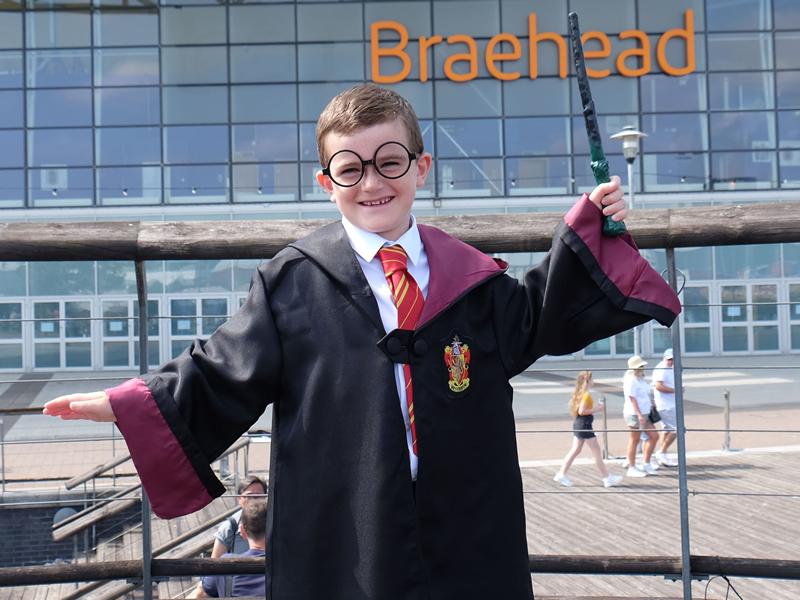 They are staging a Harry Potter Day in the mall with all sorts of magic taking place to raise much-needed funds for life-changing projects and services for children in the hospital and their families.

It’s the charity’s only Harry Potter Day outside the wards of the Royal Hospital for Children and the event takes place between 10am and 7pm, on Friday, July 30, in Braehead’s central atrium.

The fun-filled day will have arts and crafts activities for kids who’ll get a chance to make a pair of spectacles and a tie like Harry Potter wears, along with a Hogwarts’ bookmark and fortune teller board.

Families can have their photograph taken in front of a green screen and thanks to some Hogwarts’ magic, when the pictured is emailed to them, the backdrop will make it look like they have paid a visit to Hogwarts.

A prize draw will also be held with a host of Harry Potter goodies as prizes.
Anyone taking part is asked to make a minimum of a £1 donation for each activity to the Glasgow Children’s Hospital Charity.

William McGowan, Head of Partnerships and Events, Glasgow Children’s Hospital Charity said: “We can’t wait to host our Harry Potter day at Braehead, and look forward to bringing the spirit of Hogwarts to the shopping centre.

“We are incredibly grateful to Braehead for their continued support and generosity. We rely entirely on fundraising and donations to fund our life-changing hospital projects to make sure that young patients and their families receive the extra special care they deserve.

Braehead’s community development manager, Lydia Brown said: “We’re really looking forward to a spell-binding time at the Harry Potter Day. And we hope everyone will join the fun by coming along to Braehead dressed in Harry Potter costumes on the day and it will be like a real Hogwarts’ get-together. Glasgow Children’s Hospital Charity do fantastic work and are well worth supporting.”