Aldi has launched its summer Scottish Beer Festival with a fun quiz, designed to help customers find the best Scottish craft beer to suit their personality. 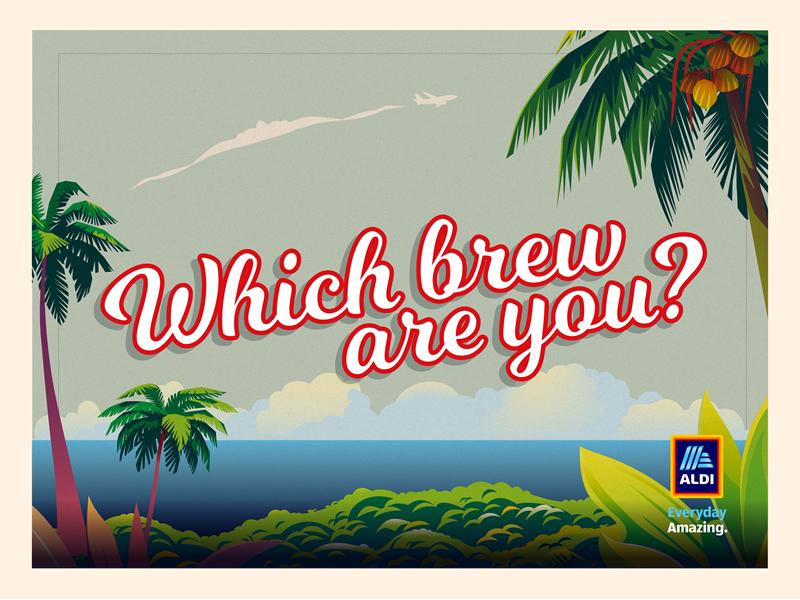 Aldi’s ‘Which Brew Are You’ asks people a few simple questions to identify their personality type. The quiz then breaks down four personas, from the ‘Hipster’ to the ‘Strong, Mysterious Soul,’ ‘The Cool Character’ and the ‘Adventure Seeker,’ and pairs each with a selection of top quality Scottish craft beers, chosen by Aldi experts, to suit the tastes of the individual.

Aldi’s summer Scottish Beer Festival launches on Thursday 29th July across all 96 stores in Scotland and will showcase 30 unique craft beers from 14 of the best local craft breweries, with prices starting at just £1.49.

From fruity IPAs to crisp Lagers and hoppy Pale Ales, there is something to suit every palate. For Aldi’s ‘Cool Character’ a simple Lager or Pilsner would be the go to brew, such as Bellfield’s Bhoemian Pilsner or Genius Brewing’s Gen!us Craft Lager.

For the ‘Hipster’, Aldi suggests Barney’s Beer’s Cranberry Margarita or Hidden Lane Brewery’s RS Raspberry Saison. Meanwhile, for the ‘Adventure Seeker’ there is nothing quite like a Scottish crafted IPA or Pale Ale to round off the day, and customers can choose from a range of brews including Stewart Brewing’s Island Getaway, Loch Lomond Brewery’s Too Orangey For Crows, or Six° North’s Slipstream IPA.

Graham Nicolson, Group Buying Director, Aldi Scotland said: “Our summer Scottish Beer Festival has launched at exactly the right time, giving Scots the chance to sip on cold, refreshing beer during a rare spell of good weather. To mark this, we wanted to do something a bit different, and have created a fun quiz which helps people explore the range and find the right craft beer for them.

We are all naturally drawn to the products we are most familiar with, and while it might not be an exact science, our ‘Which Brew Are You’ quiz will allow customers to discover new tastes and flavour profiles. Every beer we have in stock is of an exceptionally high quality and is sourced locally from top breweries, so no matter your choice, you won’t be disappointed.

We are committed to supporting the Scottish craft beer industry and are exceptionally proud of the relationships we have established with local breweries. As we look to the future, we will remain committed to our suppliers and will continue to grow our partnerships.”