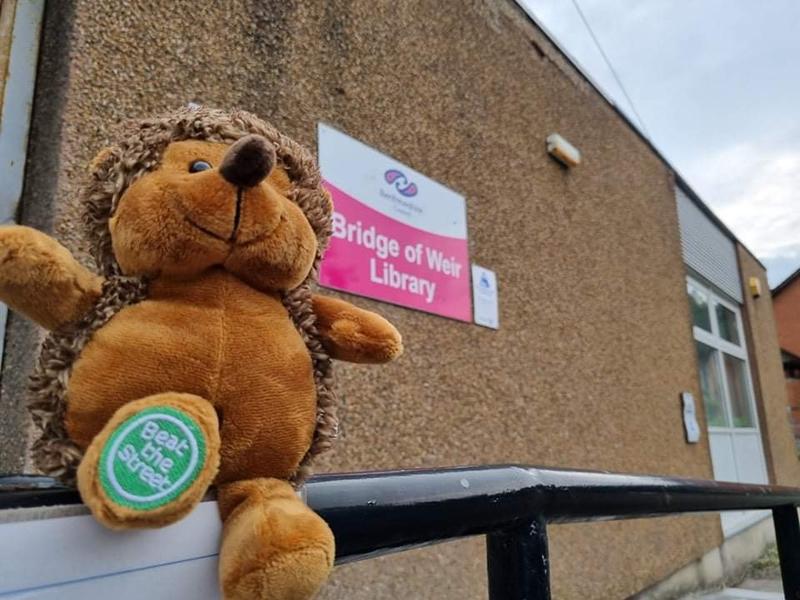 The Beat the Street game takes place across the towns of towns and villages of Bridge of Weir, Elderslie, Houston, Howwood, Kilbarchan, Linwood, Johnstone and Lochwinnoch. for the duration of the six-week game from 15th September to 27th October, turning the area into a real-life game.

As well as helping local people of all ages to get active, the game will also help MND Scotland to win a donation of up to £500.

A total of 43 Beat Boxes are being installed in locations around the game are which players will use to score points as they travel as far as possible on foot, bike, stakeboard, scooter or in a wheelchair or pushchair around the game area.

Players will simply need to hover their Beat the Street game cards over a Beat Box to start their journey, and can score points for themselves and their team for each Beat Box they swipe in the next hour. Players can join a school, community or workplace team, or can donate their points to MND Scotland who will win £100 each time the weekly mileage target is reached.

Morag McGown, Corporate Partnerships Manager at MND Scotland said: “We are delighted to have been selected as Beat the Street Renfrewshire’s dedicated charity as we celebrate our 40th anniversary. Beat the Street is a great initiative that helps participants get more active, and every time you go out for a walk or exercise, you’ll be doing great things for your health while helping us to raise funds. A donation of £500 could pay for Time Out Grants, helping people access respite care or to go on a last family holiday together.”

Beat the Street Renfrewshire has been commissioned by Renfrewshire Council in partnership with Renfrewshire Leisure and is funded by the Scottish Government’s Smarter Choices, Smarter Places programme, administered by Paths for All. It is being delivered by Intelligent Health.

For more information including where to pick up a card or fob, click onto www.beatthestreet.me/renfrewshire