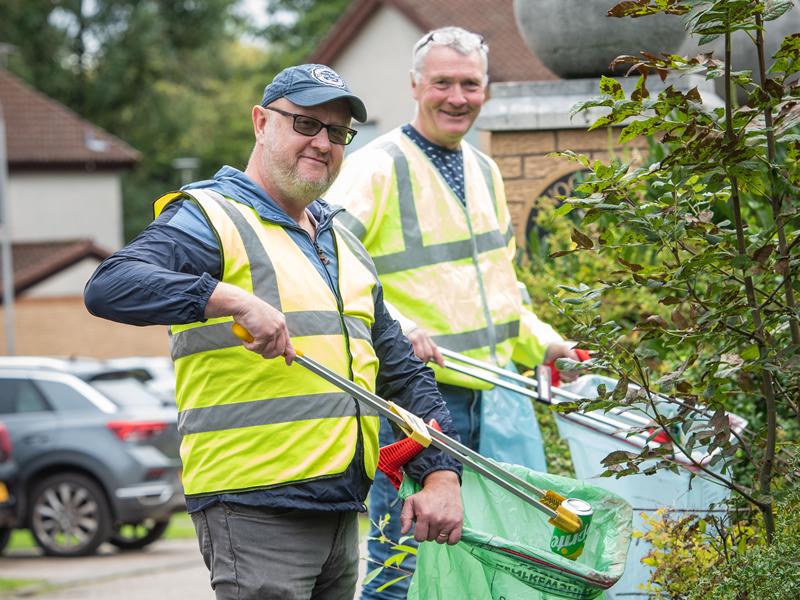 A mainstay of Renfrewshire Council’s award-winning Team Up to Clean Up campaign which asks the community to dedicate some time to making where they live cleaner and brighter, 1,763 bags of new and historic litter have been removed from the local environment.

As part of the Council’s commitment to the event, volunteers and schools are provided with sanitised litter pickers and equipment to take part in their litter picks, as well as information on how to stay safe while collecting and taking part during the Covid-19 pandemic.

The StreetScene team collect each bag of litter from volunteers at an agreed location after their litter picks and, as part of this year’s event, Council officers have been visiting primary schools throughout Renfrewshire to teach young people about the campaign.

The Team Up to Clean Up campaign has seen as additional £2.5million invested into improving the local environment in Renfrewshire and has seen the area’s street cleanliness improve significantly since its launch in 2017 – with the area now being well above the Scottish average and moving from 26th in Scotland to 13th last year. 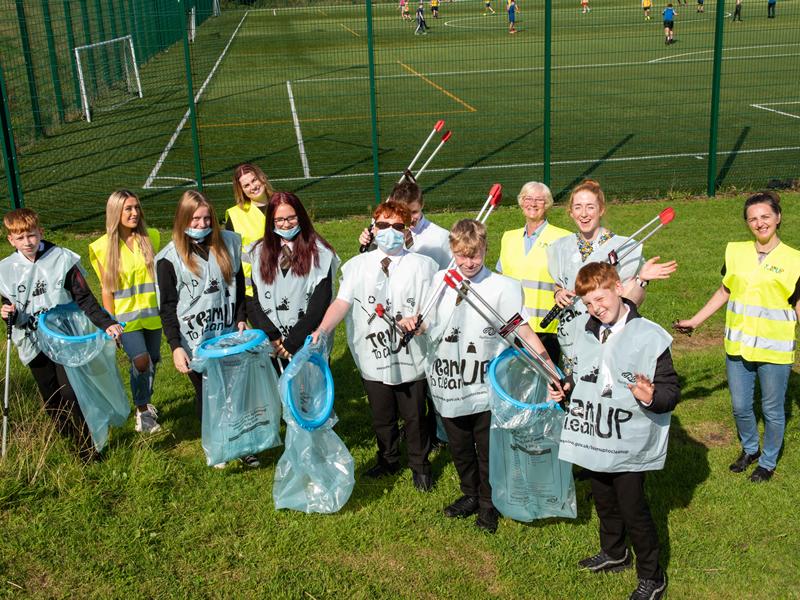 Councillor Cathy McEwan, Convener of Renfrewshire Council’s Infrastructure, Land and Environment Policy Board, said: “While Team Up to Clean Up is a year-round campaign, the Spotless September event really does focus everyone’s energies into making our area cleaner and brighter and it continues to bring a renewed sense of pride in where we live.

“We’re working closely with volunteers to support them, as well as carrying out enhanced cleaning programmes of our own as part of the campaign, and this joint approach is proving hugely successful in the cleanliness of our area.

“I’ve been out litter picking as part of Spotless September and I can’t wait to get out again. Please join me and hundreds of others as we work hard to make Renfrewshire a more attractive place to live, work and visit.”

For more information, and to find out how to take part, visit www.renfrewshire.gov.uk/SpotlessSeptember, email wardens.es@renfrewshire.gov.uk or join the Team Up to Clean Up Facebook group at www.facebook.com/groups/teamuptocleanup