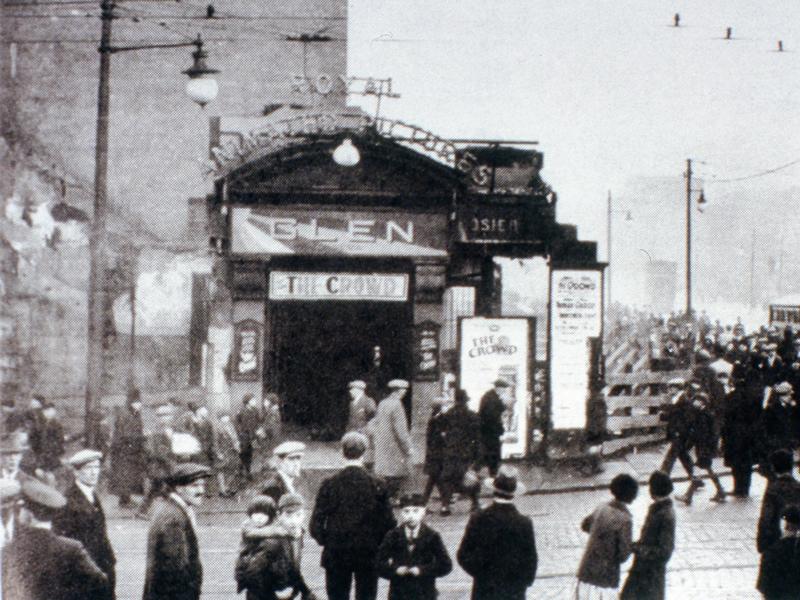 The Glen Cinema Disaster of 31 December 1929 remains known as Paisley’s Black Hogmanay – yet until now the town centre did not have a permanent memorial for the victims and survivors.

Artists Kerry Stewart and Rachel Lowther were commissioned to work with the local community on a suitable memorial as part of the 90th anniversary of the tragedy.
And their now-finished statue – entitled Rattle/ Little Mother – will be sited in the town’s Dunn Square, across the road from the site of the former cinema, in Dyer’s Wynd.

The tragedy happened when a smoking film canister caused a panic during a packed children’s matinee with more than 600 children present.

The metal gates on the main exit doors had been pulled shut, stopping it from opening, leading to a crush where 71 children died, and more than 30 were injured.

The memorial will be unveiled at a small ceremony led by Renfrewshire’s Provost Lorraine Cameron next Tuesday (30 November) at 1pm, joined by members of the local community.

To create the memorial, Kerry and Rachel met with community groups including the STAR Project, Paisley Community Trust, and pupils from Paisley Grammar School, with a working group formed to help drive the project.

An important part of the process was meeting with the two remaining survivors of the tragedy, and their families.

Community activist Tony Lawler – one of the organisers of the annual ceremony to mark the tragedy which takes place every Hogmanay – was a member of the working group.

He said: “It’s important the town centre has a memorial – as it’s about more than remembering the 71 who died, it’s for the survivors and their families too.

“For a long time, people didn’t really talk about the Glen Cinema – the survivors were sent away to convalesce and didn’t get the support they would have if it happened now.

“The existing memorial at Hawkhead isn’t accessible for everyone, so having one in the town centre is important as it will give people a place to go to reflect.

“Since the 80th anniversary we’ve held community-led memorial ceremonies at the Cenotaph but it has a different purpose. This memorial will provide a new focus dedicated to the Glen Cinema.”

Artists Kerry Stewart and Rachel Lowther said: “Having met with survivors Emily Brown and Robert Pope and processed, through research and community engagement, what happened on that terrible day, we wanted to produce something that spoke to and of the children.

“We have tried to create a sculpture that is playful yet serious, that hovers between a nostalgic lost object - a portal to the children of Paisley, 1929 - and a sacred or devotional object, carrying the story of the children as their own protectors.”

The memorial was funded by the Rotary Club of Paisley and through Future Paisley – the council-led programme of events and activity using the town's unique culture and heritage to transform its future.

Provost Lorraine Cameron said: “The Glen Cinema remains printed in Paisley’s collective memory as perhaps the darkest day in the history of the town.

“It is important the events of that horrific day should never be forgotten and that’s why this permanent memorial means so much.

“This has been a real community effort – the artists and the groups they have worked with have done a fantastic job to create a sensitive reminder of the tragedy, and all involved deserve praise for their efforts.

“I would invite any members of the local community to join us on Tuesday to see the memorial unveiled.”