itison have launched their annual Social Bite fundraiser where you can donate £5 to buy a meal for the homeless this Christmas. 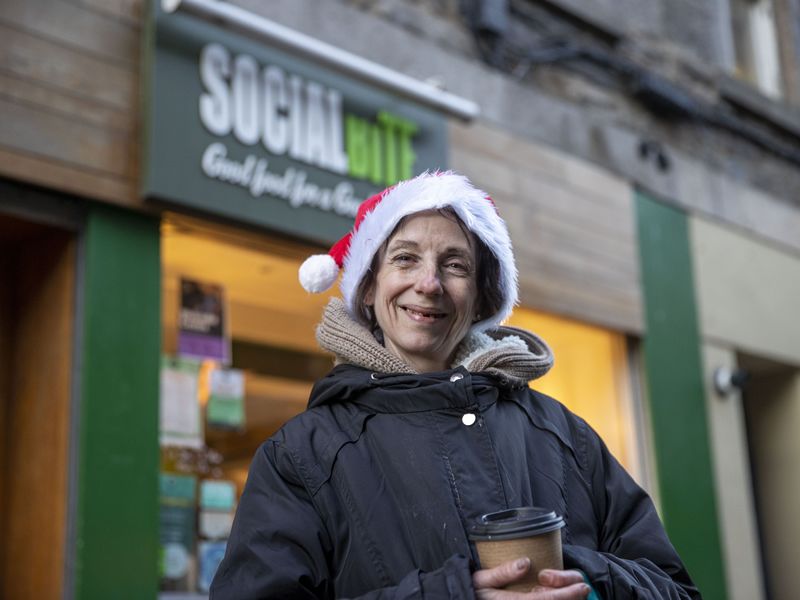 itison’s annual fundraiser for Social Bite launches this morning, Wednesday 8th December to help those most in need this Christmas. They’re asking big hearted Scots to donate £5 at www.itison.com/donate to buy Christmas dinner for a homeless person or a Christmas gift for families and individuals who continue to be hard-hit by the Covid-19 crisis.

The global pandemic has meant thousands of families and homeless people continue to fall through the gaps of support and are struggling. itison’s £5 fundraiser will ensure that homeless people, individuals and families can enjoy a hot meal and a gift this Christmas.

The annual Christmas fundraiser has been running since 2014 and has raised an incredible £3 million and 600,000 donations to those who need it most.

itison is extending the campaign to Manchester and Newcastle again this year, where the company has offices. itison and Social Bite are partnering with The Booth Centre in Manchester and Changing Lives in Newcastle. All donations will go to the city or region you’re donating in.

Oli Norman, CEO at itison said: “Every year we’re blown away by the generosity of our members and this year, we need your help more than ever. We’re asking you to do something amazing this Christmas and help those who need it the most.

“No one has been harder hit by the global pandemic than the most vulnerable in our society. By donating £5, you’ll be making sure vulnerable families and homeless people have somewhere to go and a present to open this Christmas after what’s been another incredibly hard year.”

Josh Littlejohn, Co-founder of Social Bite said: “Back in 2014 we started working with itison on our annual fundraiser, with a target of 800 Christmas dinners. We ended up receiving over 32,000 donations meaning we could feed homeless people for the whole year.

“Our annual itison fundraiser continues to exceed our expectations every year and has dramatically shaped the work we can do at Social Bite.

“We couldn’t do it without you and would love you to join us in sharing kindness this Christmas, please share it with all your friends and help the people who need it the very most this year.”

In Scotland, Social Bite’s Glasgow, Edinburgh and Aberdeen cafes will open their doors to the homeless on Christmas Eve and Christmas Day to serve Christmas dinners with all the trimmings, offering food and company at what is one of the loneliest times of the year for many.

In addition to allowing Social Bite to provide meals for the homeless throughout the entire year in all their cafes, itison’s fundraising also plays an integral part in the development of Social Bite’s Nationwide housing projects, including the Social Bite village which launched in Edinburgh in May 2018. The Social Bite village provides an innovative housing model and a supported and nurturing environment for 20 people at a time to transition from homelessness back into society. Social Bite are currently fundraising to build two brand new villages in Glasgow and London.

To donate £5 to buy a Christmas dinner for a homeless person or give a Christmas gift for children, families and vulnerable individuals visit www.itison.com/donate (it makes a great Secret Santa gift or stocking filler too!)

100% of money raised will be donated to Social Bite, The Booth Centre and Changing Lives - all donations will go directly to the city or region you’re donating in.