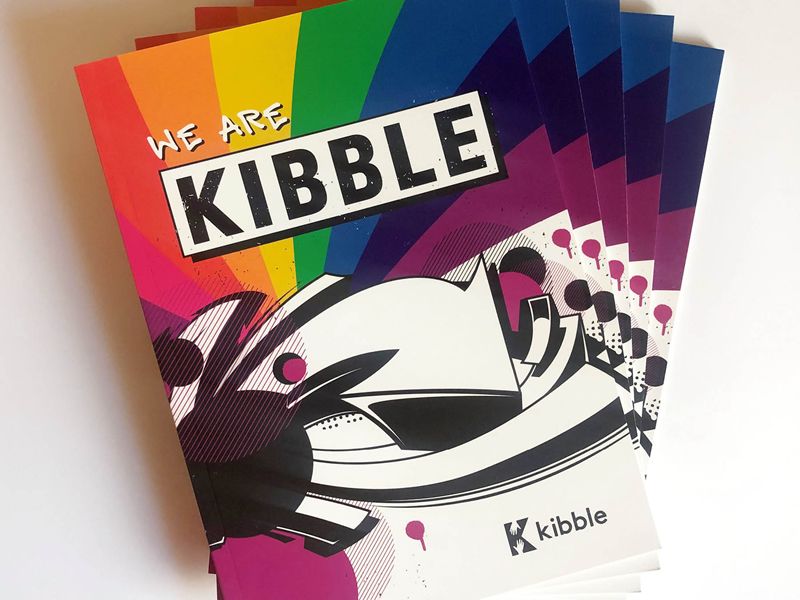 Funded by the National Lottery Community Fund, the initiative aims to identify and explore the root cause of inequality, in particular, exploring ways to equalise conversations around emotional wellbeing of young people and educate and empower both young people and adults alike on coercive control in relationships.

Kibble was selected as one of eight charity partners to input insights, views and opinions of Renfrewshire’s young people and co-design solutions that the local partnerships can action.

Kibble’s young people developed their own innovations, tools and training resources which were showcased this week at the ‘Change Up’ event led by research and design charity, Dartington Service Design Lab, and was attended by Children and Young People’s Commissioner for Scotland, Bruce Adamson.

Young people at Kibble created and designed a welcome video and an accompanying booklet, to be provided to newcomers at the charity to familiarise them with their new surroundings, help them settle in and most of all, clearly signpost who and where to go to with any issues they may be facing.

The package, made by young people, for young people and the trusted adults around them, underlines Kibble’s commitment to empowering those in their care, giving them a chance at life past the adversity many of them have faced.

Jim Gillespie, Chief Executive Officer at Kibble, said: “On behalf of our young people at Kibble, it has been an honour to work alongside so many significant organisations for this worthy cause.

“It’s important that the views and experiences of those who have faced such hurdles are listened to and considered when drawing solutions for the issues being addressed, and the progress made by each element of the project is meaningful, it will go a long way to improving the lives of young people across Renfrewshire and beyond.”

Dr Catherine-Rose Stocks-Rankin, Scotland Director Designate of Dartington, said: “Working with a wide range of partners has allowed us to address the same issue from different perspectives. In this project we have put the perspective of young people and youth workers front and centre, and then worked across the third sector and public sector social work, education and health to share learning.

“By collaboratively working together, we’ve co-designed valuable resources that make real change. This is what it takes to make system change happen – everyone needs to be involved in taking action. And we must put the voice of people with living experience at the heart of what we do.”

John Trainer, Head of Child Care and Criminal Justice and Chief Social Work Officer at Renfrewshire Council, said: “We wanted to bring in evidence-based programmes that worked well, but we recognised that young people’s voices were missing in these programmes.

“Re-running the ChildrenCount survey in 2017 made it clear mental health was still a top priority. We also surfaced the problems of coercive control and identified a majority of the harm happening to young people was coming from families where gender-based violence and coercive control were big issues. Coercively controlling behaviours start early, and then young people learn those behaviours in turn.

“We felt that the third sector was much more connected with communities, and young people were more attached to the issues that were highlighted in the ChildrenCount survey to design services.

“It’s time for adults to change up. The Early Action System Change project has designed resources that will change the lives of young people. I’m proud to be from Renfrewshire and I’m proud of the young people and third sector for what they have achieved here.”

Find out more about Kibble by visiting: www.kibble.org