The Tron Theatre Company is heading to XSite Braehead this weekend for a pop-up, family friendly, Christmas adventure story that audiences won't forget! 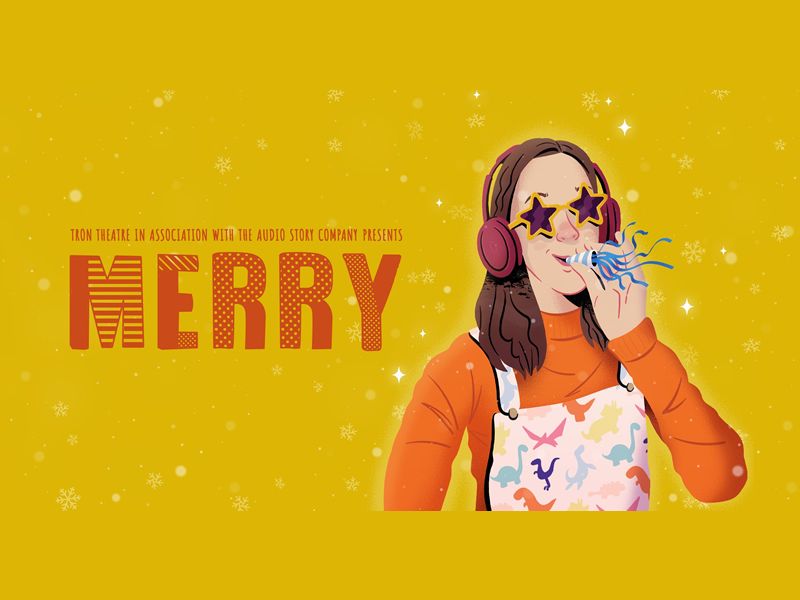 Writer and performer Sarah Miele hopes to wow XSite customers with:‘Merry – A Festive Suitcase Story’, which sees the eponymous, Merry, set out on a festive mission to track down and capture the Christmas spirit.

During the pandemic, the Tron packed their suitcases and went on the road to bring theatre to local communities in a safe and socially distanced manner. The company enjoyed meeting people outside their famous Glasgow theatre space so much that it felt only right to continue on with a Christmas version of their “Suitcase Stories”.

Rosalind Gibson, Marketing Manager at XSite Braehead, said: “Suitcase Stories was such a great way to bring the theatre to local people during the pandemic, it provided a lot of joy during an uncertain time for many.

“That’s why we are delighted to host the Tron Theatre Company’s Christmas pop-up to provide guests with even more entertainment during their festive day out at XSite.”

Merry – A Festive Suitcase Story is experienced through audio headsets - provided and sanitised by the Tron Theatre working alongside The Audio Story Company - and runs for 15-20 minutes on the following dates:

Don’t worry, advance bookings are not necessary, just come along to XSite from 10am onwards to reserve a spot. The Tron Theatre pop-up will be set up on the ground floor of XSite Braehead.

Merry – A Festive Suitcase Story is funded by the Scottish Government through the second round of grants from the Performing Arts Venues Relief Fund, administered by Creative Scotland.