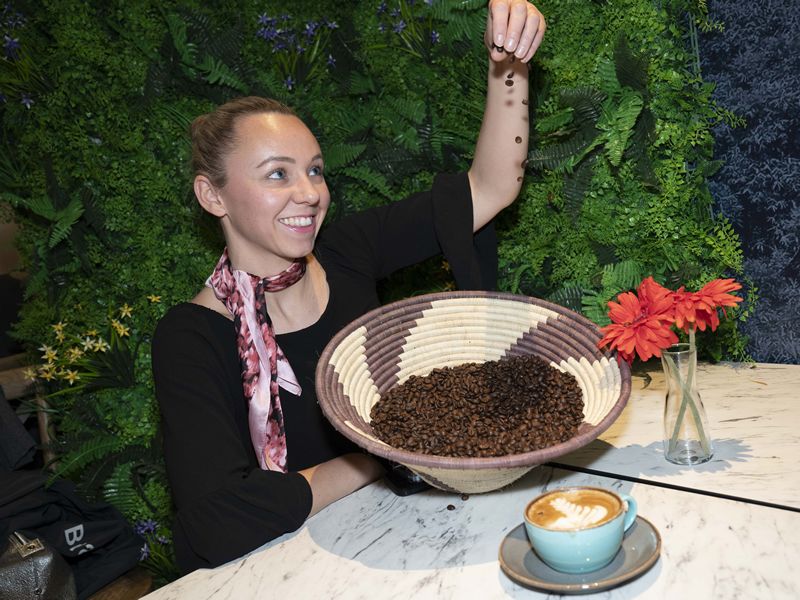 The name, Jamaica Blue comes from the majestic Blue Mountains of Jamaica – one of the best coffee producing regions in the world.

It’s from there the café sources the exclusive coffee beans for their famous Blue Mountain and award-winning Jamaica Blue signature blends.

The world-class beans used in their coffees are expertly roasted to bring out their unique flavours. Once these beans reach the Braehead Jamaica Blue cafe, highly-trained Baristas work their magic, using their expertise to brew the perfect cup of coffee every time.

Jamaica Blue, in the centre’s lower mall, also takes pride in offering a diverse range of high-quality dishes, freshly made on the premises. Their contemporary menus feature an exciting array of classic dishes with a twist, including satisfying salads, open flatbreads and their famous all-day brunches.

Nerissa Bancroft, operations manager for Jamaica Blue UK, said: “Jamaica Blue’s foundations are built on two simple beliefs that guide us in everything we do. Firstly, a belief in sourcing the very best coffee, and secondly, only using fresh, premium ingredients to deliver contemporary café dishes with a twist.

“We’re thrilled to be opening at Braehead and excited to share our high-quality coffee and delicious menu with foodies visiting the centre.”

Braehead centre director, Peter Beagley said: “If people want to enjoy the tasty dishes and fabulous coffee made from beans especially sourced for Jamaica Blue, then the only place in Scotland they can do that is in Braehead.

Shoppers can do a lot more than just shop when they visit Braehead as we offer people a superb variety of cafes, sit-down and takeaway restaurants.”