Bah Humbugs encouraged to take a seat at XSite

Sick of being dragged through the shops this Christmas season? XSite Braehead has created the perfect place to chill... 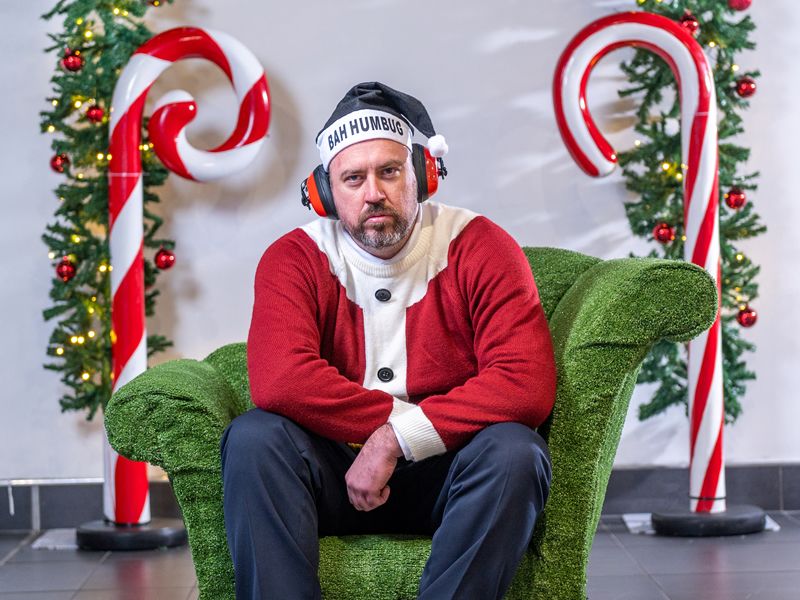 Christmas is the most wonderful time of the year – or so they say. For some, the hustle and bustle of the festive season can be overwhelming: from fighting over the perfect turkey in the supermarket and sourcing those long-forgotten baubles from the loft, to ticking off every item on Santa’s list. Some people thrive in the midst of the chaos and others, understandably, just want to relax.

XSite Braehead has taken those who crave chill time into consideration this winter and installed its very own creation: The Bah Humbug Chair. The green chair will be adorned with a bespoke Christmas wreath and accompanied by a selection of puzzles and crosswords to serve as a distraction from the December rush.

Customers will know if they fit the criteria to take a seat in The Bah Humbug Chair if they fall into one of the following categories:

1. Sore feet from running around all day to get organised
2. Sore ears from listening to the same classic Christmas tracks on the radio all week
3. Tired eyes from the glare of a million twinkly fairy lights

If you can relate to any of the above, then you are eligible to slip on the Bah Humbug hat, pick up a puzzle and relax in the chair for a moment of bliss amidst the madness. Or, if you are planning to drag the Scrooge in your life to the shops to help with the Christmas planning, then rest assured in the knowledge that there is a safe place to park them while you get the serious work done.

Rosalind Gibson, Marketing Manager at XSite Braehead, said: “We’ve created the perfect haven for the Bah Humbugs of Scotland to come and rest their feet this festive season. They can let the world around them melt away for ten minutes as they pick up a free sudoku or crossword and block out the Christmas cheer.

“Our gorgeous green chair is suitable for the Grinchiest of customers, and also makes for a perfect selfie spot with its bespoke Christmas wreath. Snap a photo of the Scrooge in your life as they take a short rest – and make sure to tag us in your posts!”

The Bah Humbug Chair will be at XSite Braehead until Thursday 30th December.