A new exhibition showcasing the collection of major projects transforming Paisley's future and how the town can reinvent itself through culture has now opened its doors. 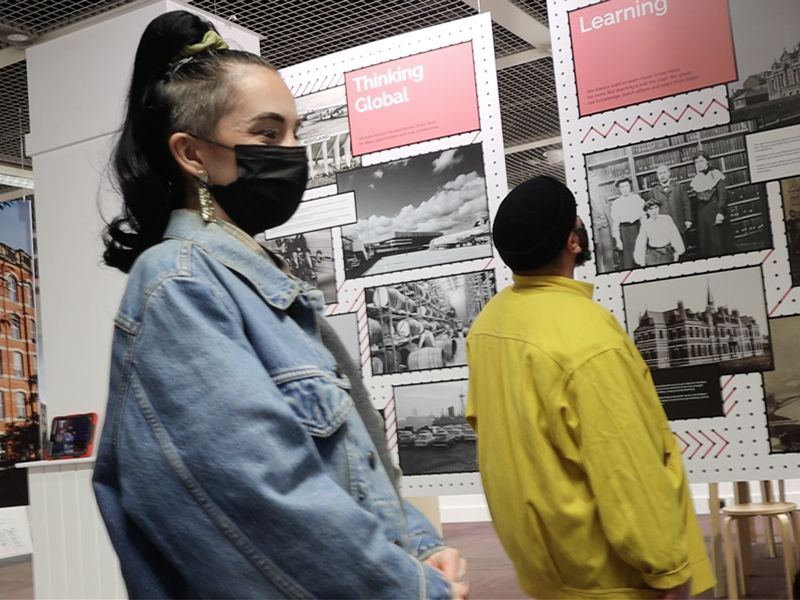 The Future Paisley Exhibition takes visitors on a journey through the fascinating past, present and future of the town, based on its forward-thinking approach to culture-led regeneration.

The free-to-enter interactive exhibition – in the Piazza Shopping Centre – makes innovative use of maps, graphics, 3D digital models and augmented reality to bring Paisley’s story to life like never before.

Future Paisley is the wide-ranging programme of events, activity and investment using the town’s unique and internationally-significant cultural stories to transform its future, led by Renfrewshire Council.

The programme continues the momentum generated by Paisley’s bid to be UK City of Culture 2021, which raised the town’s profile at home and abroad saw it become the first town to ever be shortlisted for the prestigious title, four years ago.
The exhibition will show how the town was shaped by Paisley’s proud textile and industrial past, and how current projects are bringing new life by giving new reasons to come into town.

Featured projects include the ongoing £100m investment in the town centre’s historic venues and outdoor spaces, including the transformations of Paisley’s museum and town hall, and the work to build a new modern home for library services in a formerly-vacant High Street unit.

It will also showcase the emerging Advanced Manufacturing and Innovation District Scotland currently being built next to Glasgow Airport, which will become the country’s new home for advanced manufacturing.

Other local landmarks to feature include Paisley Abbey, Thomas Coats Memorial Church, the Russell Institute, the TA Building, and the Grand Fountain, as well as the work to create new community-led place plans for Ferguslie and Foxbar. 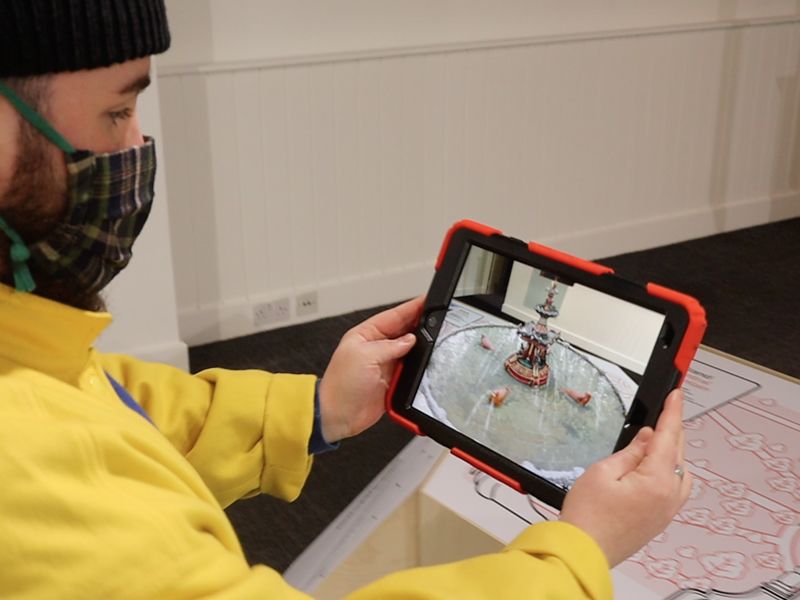 The physical exhibition will run until Saturday 19 March in Unit 27-28 of the Piazza shopping centre, open every Wednesday to Saturday from 10am to 4pm (check the www.paisley.is website for changes to opening times). It will also include a parallel digital exhibition, allowing anyone anywhere to go online and enjoy it.

Visitors will be asked to consider their hopes for the future of the town, and how it can evolve to meet big global challenges of the future such as recovery from Covid and the climate crisis.

Over the coming weeks, school and community groups will visit the exhibition and express their hopes for the future of the town through creative artist-led workshops, leading to a display of art that will feature in the exhibition space from late February.

Renfrewshire Council leader Iain Nicolson said: “We are delighted to host this exhibition, which takes place at an exciting time for Paisley and Renfrewshire, as we prepare to complete work on several nationally-significant projects in the next couple of years.

“The exhibition shows how the area has evolved over time, showcases the current once-in-a-generation investment, and invites visitors to consider what they want from its future.

“It will include work created by local schools and community groups and offers something for residents of all ages – I’d encourage people to pop in and see for themselves.”

The exhibition will also include a series of ‘Grand Conversazione’ events, where leading figures from the arts, architecture and academia will discuss how urban design and place-shaping can tackle major world issues such as pandemic recovery and the climate emergency.

The Grand Conversazione events are a nod to the town’s past, so-called after a series by the same name hosted by thread baron Sir Thomas Coats, including one to mark the handover of the Coats Observatory – the oldest public observatory in Scotland – back in 1882.

Speakers include Phil Prentice, chief officer of Scotland’s Towns Partnership, who added: “It’s hard to imagine a nation that can match Scotland in terms of culture and heritage. Scots invented much of the modern world and Scotland’s towns are a storybook of our journey as a nation

“Paisley is the best example of all of this in Scotland and it’s vital we all support the efforts to reimagine what Paisley can become once again – the work has resonance throughout the country and I’d encourage people to visit the exhibition and see it for themselves.”

The exhibition was created by design collective Lateral North, whose design director, Tom Smith said: “It has been a pleasure to work with the wider Future Paisley team to develop stories of the past, present and future of the town.

“Through a combination of graphic design, filmmaking and augmented reality we have been able to share the stories of architects, designers and communities who are making a positive impact towards the cultural regeneration of Paisley.
“The exhibition also aims to hear from you and your aspirations for a future Paisley, so please head along and let us know your ambitions for the town.”