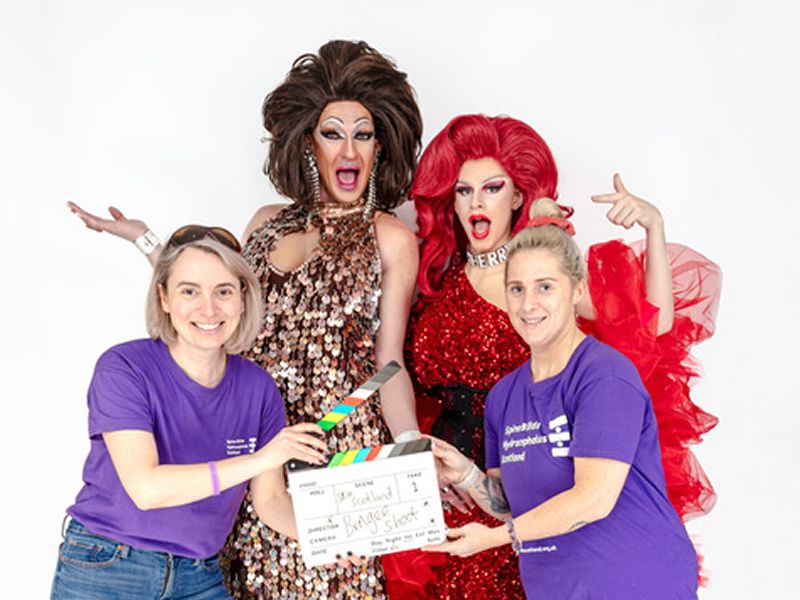 Two fierce Queens have already signed up to slay the epic challenge which has been organised in aid of Scottish charity, Spina Bifida Hydrocephalus Scotland (SBH Scotland.)

The brave and glamorous participants will take the leap on Sunday 5 June, coinciding with The Queen’s Platinum Jubilee weekend, but Cherry West, one of the youngest drag queens in Scotland, and supporter of SBH Scotland, is now urging others to get involved in the fundraising celebrations.

Cherry West said: “What better way to mark Queen Elizabeth’s long and proud reign of Britain than to throw yourself into an adrenaline fuelled bungee jump to help those who need it most.

“So far, we’ve got two Drag Queens taking part, but we want this to be the biggest drag charity challenge in the country, so I’m calling on all my fabulous friends to join us in this extravaganza.

“SBH Scotland is an incredible organisation, doing great work, with little statutory support. Like lots of other charities the last two years have been devastating for the organisation and its important that as many people as possible get behind this event.”

Deborah Roe, director of fundraising at SBH Scotland, said: “We are incredibly grateful to have someone with Cherry’s energy, enthusiasm and kind heartedness involved with our organisation.

“This event will be our second big outdoor fundraising challenge of the year and we can’t wait to welcome everyone to it and watch as they all take on this spectacular bungee jump this Summer.”

Funds raised by the participants of the bungee jump event will go back into the charity which directly supports over 3,500 people affected by the lifelong disabilities of spina bifida and hydrocephalus. The organisation carries out vital services for those who need it most, including offering home support workers, financial advice, and group family sessions.

SBH Scotland’s Jubilee Bungee Jump and Highland Swing Challenge is open to everyone (aged 15 and over) and will take place on Sunday 5 June 2022 at the Pass of Killiecrankie, a dramatic gorge on the River Garry in Perth & Kinross.

For more information, or to register, please visit www.sbhscotland.org.uk/bungee-jump/