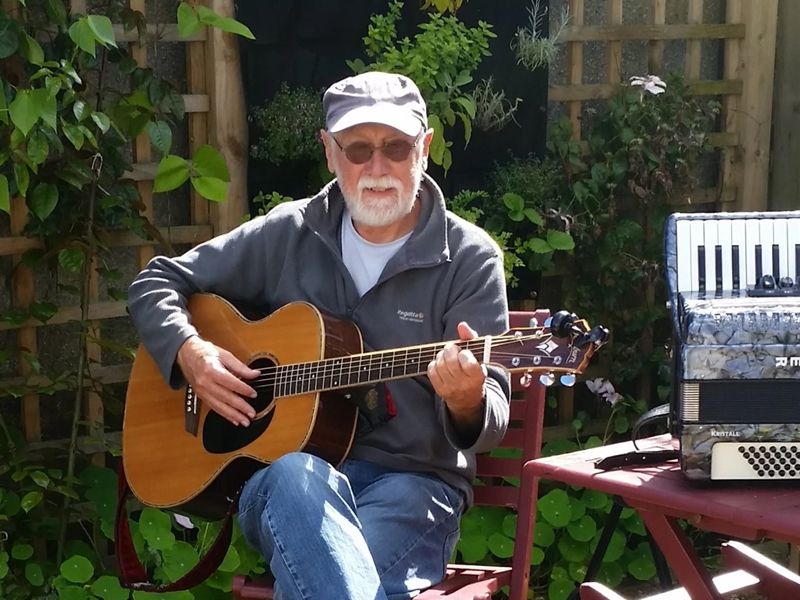 The group of young people from Fèis Phàislig will be the support act for founding member of the Battlefield Band and multi-instrumentalist, Alan Reid, at his concert in Renfrew Town Hall, on Friday, April 29.

The local musicians – taught by the Renfrewshire-based arts organisation that provides opportunities for young people to play traditional Scottish music and learn about Gaelic culture – will also join Alan Reid on stage at the end of his performance for a jam session.

The concert, Alan Reid – Back To The Roots, is being promoted by OneRen – the local charitable trust providing cultural, leisure and sporting opportunities to help people enjoy active and healthy lives – and the organisation is giving the young traditional musicians the chance to perform during the concert.

Alan Reid has been a professional folk singer, musician and songwriter since 1976. His concert at Renfrew Town Hall will feature many of the songs that reflect his rich musical journey to date, as well as delving into newer material.

Alan said: “Giving young folk the opportunity to learn music, especially traditional music, whether through local authority funding or the Fèis movement, is an important tool in preserving our Scottish culture, both in Lallans and Gaelic.

“I also know from my own experience the importance of performing to a variety of audiences, thereby learning stagecraft and playing with and listening to one's fellow musicians.

“These experiences have been sadly curtailed by Covid so the chance to hear young talent at this event is something I'm really looking forward to.”

Christine Martin OneRen’s arts team co-ordinator said: “We are thrilled to be able to support Fèis Phàislig musicians to perform with Alan Reid.

“This will provide a platform for local artists and showcase the amazing talent we have here in Renfrewshire.

“We are delighted to continue to welcome audiences back into our venues for live performance.”

To book tickets for the concert, go to renfrewshireboxoffice.ticketsolve.com