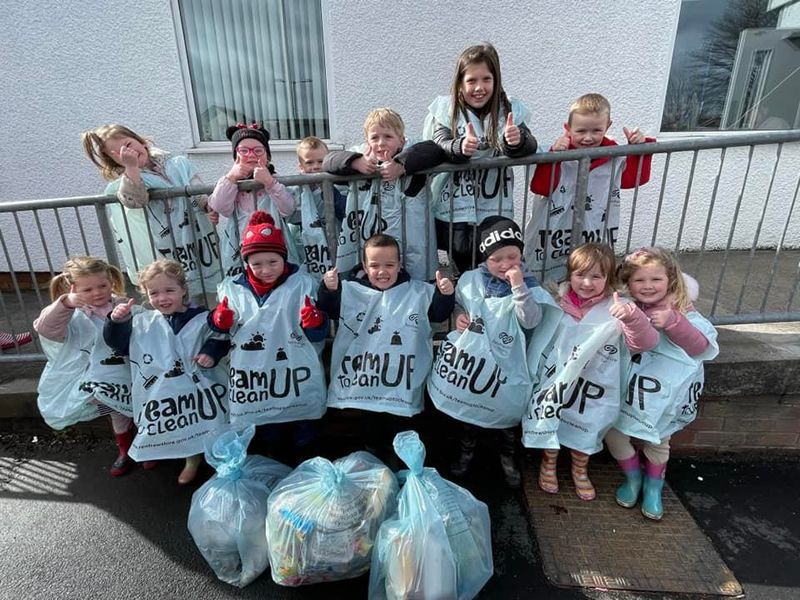 A total of 475 volunteers have taken part in litter picks across the area and have removed more than 1,100 bags of rubbish from the local environment as part of a drive to improve local communities and change the engrained behaviours of people who drop litter.

Local community groups have taken part in litter picks, but the majority have been individuals from across Renfrewshire’s communities who want to make the area cleaner and a more attractive place to live. 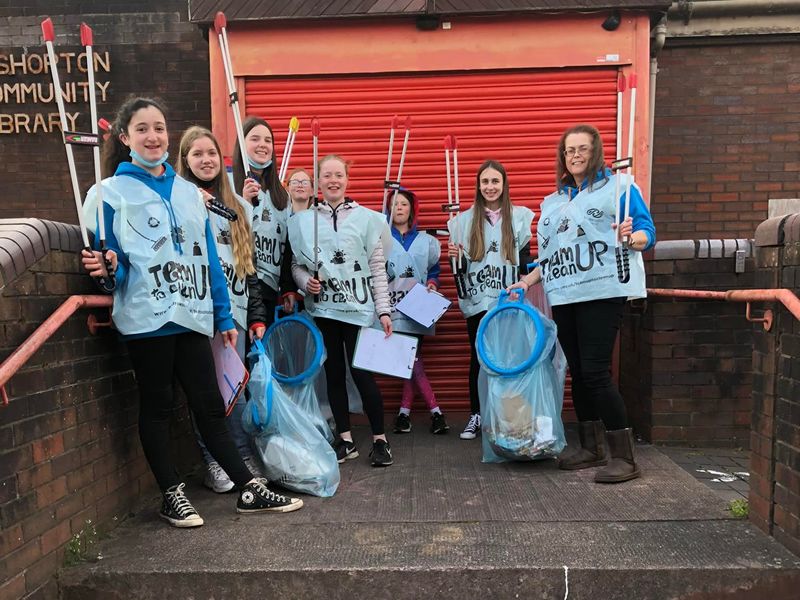 Andy Davies is a volunteer in Johnstone and says he takes part in the campaign as it benefits his physical and mental health.

Andy said: “Team Up to Clean Up is a very active group but becomes even more so during these events when we see schools and other groups taking part. I enjoy being part of the group as it's great to get out and make a difference to my community, and it's great for my physical and mental health too.

“The campaign has a great community spirit and it's lovely to be thanked by passers-by, as well as getting a chance to talk to local people - that's one part I really enjoy. However, I do wish people would think about how long their litter will lie in our environment, who has to pick up after them, and why they should have to do that at all - it's everyone's responsibility, not someone else’s.”

Renfrewshire Council’s StreetScene and Wardens teams work closely with the volunteers to provide equipment, safety advice and removal of the collected rubbish after each litter pick, part of council’s commitment to the Team Up to Clean Up campaign.

With the school holidays over, council officers will visit schools across Renfrewshire to speak to young people about littering and their environment as part of an education-first approach and many schools will head out on litter picks around their school grounds too.

Emma McCrystal, Senior Community Safety Officer, said: “We’ve been amazed yet again by the amount of litter picks that our Team Up to Clean Up community have been undertaking and we’ve been working hard to keep up with them all.

“It’ll be great to see our young people heading out later in the month too as we try to educate them on why littering is unacceptable and ensure they lead from the front in the future – their enthusiasm really does give me hope when I speak to them.

“If you want to take part in the Big Spring Clean, or in the Team Up to Clean Up campaign all-year-round, then please get in touch with us and we’ll be happy to welcome you into the positive community we’ve created in Renfrewshire.”