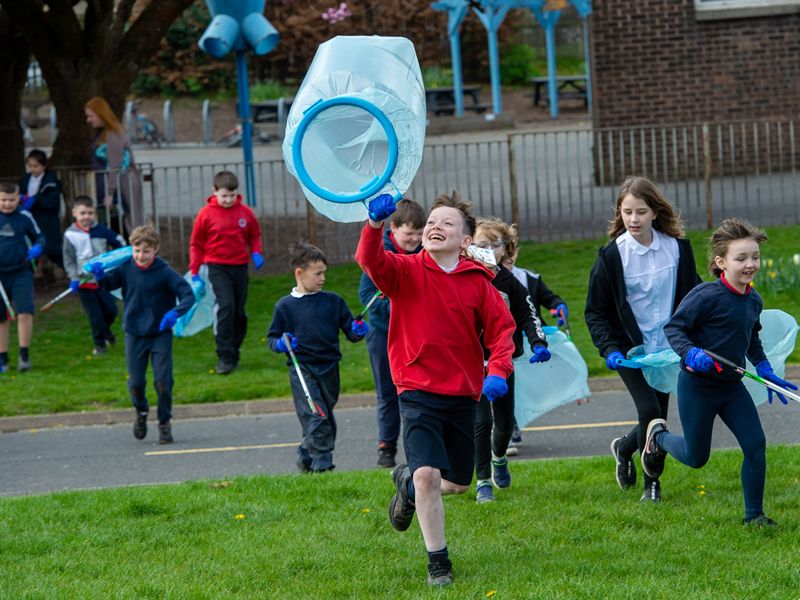 Community groups, schools and local people all took part in litter picks across Renfrewshire’s towns and villages, with the Council supporting them with the provision of equipment, health and safety advice and removal of the collected litter.

Council officers also visited schools to speak to them about the importance of looking after our environment, and the kids were excited to take part in the Big Spring Clean.

Local volunteer Linda Kerr also took part in the Big Spring Clean and she loves to see the difference she's making in her community.

Linda said: “I love that physically I can see I am making a difference, even in a small way, and I've collected more than 400 bags of litter this year so far.

“I take my wee trolley with me, and I can easily be out walking for three hours every time I go on a litter pick so it's making me healthier too.

“It's brilliant meeting new people who are like-minded and want to help, and it's great to see the litter removed once I've collected it - teamwork makes the dreamwork.

“For now, the Team Up to Clean Up campaign is needed in our communities until we educate future generations properly - and I think we are making a difference.”

The Big Spring Clean may be over, but the Team Up to Clean Up campaign runs all-year-round and new volunteers are always welcome.

The Council will provide litter pickers, hoops, bibs and bags for anyone or any group wishing to take part in a litter pick, and the Council’s StreetScene team will remove the bags of litter afterwards too at an agreed collection point.