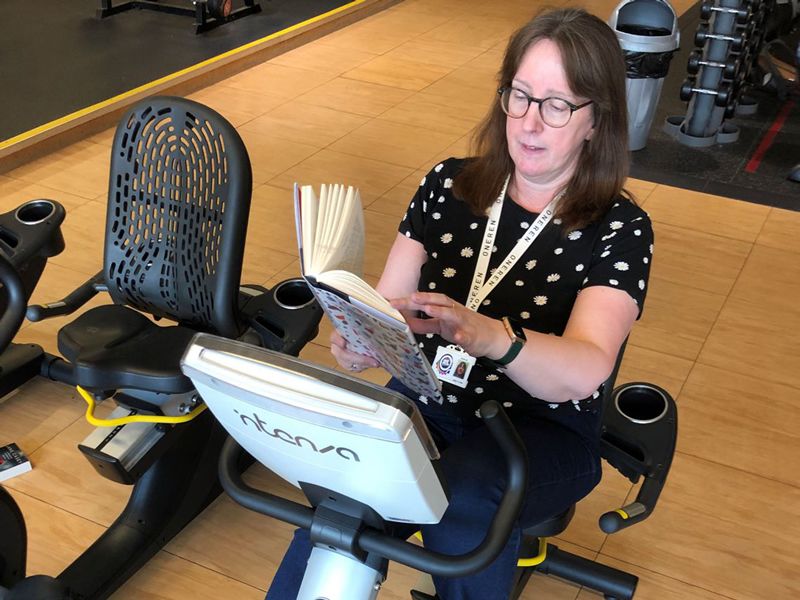 Described as a national reading moment, the Keep the Heid and Read! initiative is aimed at encouraging people to read every day to boost their mental health and wellbeing.

People are being asked to pledge to read anything from books, newspapers and magazines to comics, graphic novels, e-books and even blogs for at least six minutes on Wednesday.

And Renfrewshire Libraries is offering five readers the chance to win a £100 book token each if they are randomly selected from all those who sign up to pledge their six minutes.

Readers are also being asked to sign up to the campaign at www.keeptheheid.scot and add their reading minutes to an online totaliser counting the overall reading time pledged by Scots taking part.

The Keep the Heid and Read campaign was inspired by the post-lockdown plea for public libraries to reopen and the growing recognition that libraries play a valuable role in supporting mental health and wellbeing by connecting communities.

It is taking place during Mental Health Week, May 9 to 15, because of the known mental and emotional health benefits of reading. Research shows that reading for just six minutes a day can reduce stress by up to 68 per cent and establishing a regular reading habit has the biggest impact on mental health and wellbeing.

Paisley Central Library, which is run by OneRen – the local charitable trust providing cultural, leisure and sporting opportunities to help people enjoy active and healthy lives – is hosting a spin bike reading event on Wednesday for staff and the public to have some fun by completing their six minutes reading in an unusual way.

Joyce Higgins, the Digital and Library Development Manager at OneRen said: “I would encourage everyone to take part in the Keep the Heid and Read! event as the benefits of reading to our wellbeing are widely known.

“You can take part and make your pledge to read for six minutes as an individual or as part of a reading group, with work colleagues or fellow class members at school, college or university.

“Libraries can play a vital role in bringing people together and promoting health and wellbeing after what everyone has been through with the coronavirus pandemic.”

Visit the Renfrewshire Libraries webpage for reading recommendations at libcat.renfrewshire.gov.uk

You would have to be mad as a hatter to miss out on the fabulous fun at the Braehead Centre this Easter!