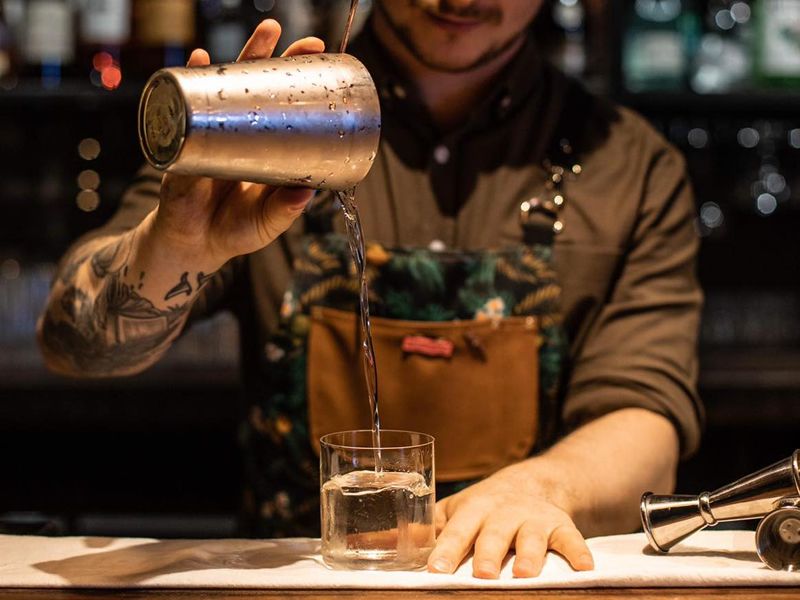 Whether a venue is celebrating its very own Platinum Jubilee with 70 years of service, or has only been open for a few months - nominations are now open at the Scottish Bar & Pub Awards.

Seeking out the nation’s most creative drinks, ‘The Busker Innovative Cocktail Bar of the Year’ award is looking for cocktails fit for a Queen or tailor-made to impress for the long bank holiday weekend that deserve recognition.

Votes have been rolling so far in for late night cocktail bar Orchid in Aberdeen, the eccentric Raging Bull in Edinburgh, modern Scotch pub, The Gate in Glasgow and hidden bar, Absent Ear.

Dubbed the hospitality ‘Oscars’, The Scottish Bar & Pub Awards aim to reward the best of the best, crowning venues and raising a glass to an industry which has been hard hit during the past few years.

Anyone can nominate their favourite pub and voting closes 30th June 2022. Submit your favourite cocktail bar now at scottishbarandpubawards.com

Now in their 27th year, the awards shine a spotlight on all aspects of the hospitality industry, with this year’s cocktail bar search focussing on a venue which empowers bartenders to push their limits and creative masterful cocktails which marry traditional elements with contemporary looks. Whether your local excels in inventive Margaritas, puts their signature twist on an Old Fashioned or makes the perfect Manhattan, the Scottish Bar and Pub Awards want to recognise them.

Every vote counts as the top ten competitors from each category will receive a visit from ‘mystery shoppers’ before the esteemed finalists are revealed.

Organiser of the awards, Susan Young said: “Scotland’s major cities such as Glasgow and Edinburgh are well-known for their vast cocktail selection, but at the Scottish Bar & Pub Awards we want to cast the net wider and ensure venues all across the country are recognised for their creative cocktail work.

“Whether your local bar has concocted a taste sensation in celebration of the upcoming Jubilee Weekend, or you are a local bartender constantly providing your patrons with new and inventive cocktails to try - we want to hear from you. Support local and reward the hard work of Scotland’s hospitality industry.”

The national search has almost 20 categories focussed on celebrating rising stars in the industry, community led initiatives, sustainability practices, late night venues and many more. Awards vary from ‘ARO Procurement Customer Service Award’ for pubs, restaurants or hotels which embrace exceptional customer service or even the ‘Antos Dog Friendly Pub of the Year’, rewarding venues for going above and beyond for patrons’ four-legged friends.

The prestigious awards work to provide a much-needed boost to those championing the late night economy, from Scotland’s metropolitan city centre bars and restaurants to snug hideaways on the northernmost islands.

The Scottish Bar & Pub Awards encourage all those in the community to get involved, rewarding your local pub or bar for all of those perfect pints they’ve pulled over the years! Guests and staff can simply vote online to cast your nomination.

Following a public vote judging process, the winners will then be announced at a glamorous award ceremony on 30th August 2022 at The Hilton Hotel, in Glasgow. Voting closes on the 30th June 2022.

For more information, head to scottishbarandpubawards.com