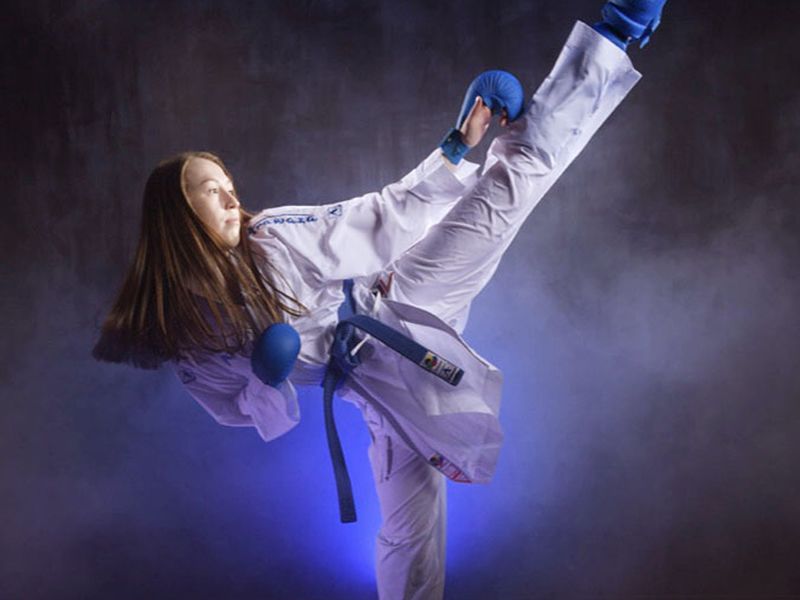 Amiee, 20, from Paisley is this week in Prague, in the Czech Republic representing Scotland in the European Championships and will also compete in the European University Games, being held in the Polish city of Lodz, next month.

Not only has Amiee been given a special leave of absence from her job at OneRen –the local charitable trust providing cultural, leisure and sporting opportunities to help people enjoy active and healthy lives – to take part in these prestigious tournaments, she gets access to their gyms and fitness facilities to help with her training.

A member of the Shitokai Karate Club, based at Renfrew Sports Centre, Amiee took up karate 16 years ago and the tournament in Prague will be the ninth time she has represented her country. She currently competes in the Female Under-21 55kg category.

Amiee said: “The support I’ve had from management and staff at OneRen has been fantastic and the free gym membership helps a lot with my training.

“I’ve not been with OneRen that long and getting the balance between starting a new job and the training needed to compete at the top level could have been a lot more challenging.

“I usually train five or six times a week and sometimes twice a day between the karate coaching and using the excellent OneRen gym facilities.”

Chief Executive of OneRen, Victoria Hollows said: “We’re very proud of Amiee’s achievements in karate and I’m sure she will do Scotland and Renfrewshire proud at both the international tournaments taking place this summer.

“No matter what level someone is participating at sport, with our excellent facilities, OneRen will support and help them reach their full potential and be the best they can be.”

The Shitokai Karate Club has been training at Renfrew Sports Centre for more than ten years and anyone interested in taking up the sport should go to www.shitoryu.co.uk